Tiger Shroff's Munna Michael trailer will release today but first here's a still from the film. Munna Michael hits the screens of July 21 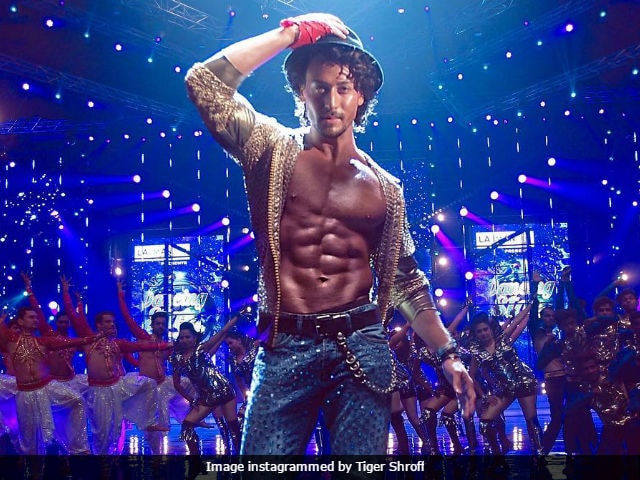 New Delhi: Tiger Shroff gave an update about his new film, Munna Michael, which will make you want to hit the gym on Monday. The 27-year-old actor shared a still from the film, in which he show his well-chiseled abs and in caption he revealed that the film's trailer will release today. Tiger Shroff plays Munna, a dancer who loves to imitate King of Pop Michael Jackson's dance moves. Off-screen too, Tiger Shroff is adept in dancing like MJ - he's posted several videos to prove that. In the latest still posted by Tiger Shroff, it seems that Munna is a part of a dance competition, which is reportedly an integral part of the film's plot.

Take a look at Tiger Shroff in and as Munna Michael:

Munna Michael is Tiger's third film with Sabbir Khan after Heropanti and Baaghi. After Munna Michael, Tiger has Baaghi 2, Rambo and Student Of The Year 2 in the pipeline.

Meanwhile, Munna Michael also stars Nawazuddin Siddiqui in a negative role. Nawazuddin will also shake a leg in the film and he's had a complete makeover to play the part of a conniving event organiser. Nawazuddin Siddiqui is known for films like Gangs Of Waaseypur and Badlapur and Munna Michael is a different sort of genre for the actor. "I'm tired of the intensity. Bas ho gaya maar-dhaad aur khoon. There's a lot of romance, apart from the dancing, in this film," he told news agency PTI.

Promoted
Listen to the latest songs, only on JioSaavn.com
Nawazuddin Siddiqui's upcoming films are MOM with Sridevi and Manto directed by Nandita Das. He will also be seen in Babumoshai Bandookbaaz and Chanda Mama Door Ke co-starring Sushant Singh Rajput and R Madhavan.

Munna Michael hits the screens of July 21. (With PTI inputs)