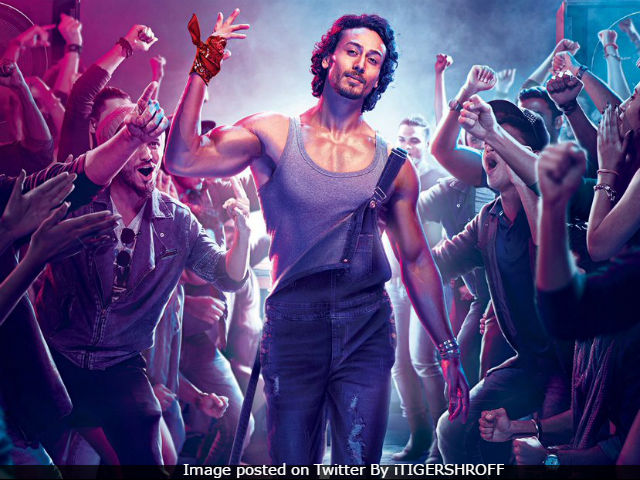 New Delhi: The first poster of Tiger Shroff's upcoming film Munna Michael was unveiled on Thursday. Tiger Shroff plays Munna, an aspiring dancer, who idolises pop icon Michael Jackson. The poster features the 27-year-old actor amidst a crowd cheering for him. The actor shared the poster on Twitter and wrote, "Moonwalking in the steps of the legend." Debutante Nidhhi Agerwal stars opposite Tiger Shroff in Munna Michael. Nawazuddin Siddiqui will feature in a negative role in the film. Munna Michael hits the theatres on July 21. Munna Michael is Tiger Shroff and director Sabbir Khan's third film together after Heropanti and Baaghi. Heropanti, which released in 2014, was Tiger Shroff's debut film.

Check out the first poster of Tiger Shroff's Munna Michael:

Moonwalking in the steps of the legend! :) #MunnaMichaelPoster@sabbir24x7@ErosNow@vikirajani@NextGenFilmpic.twitter.com/jPxJdumxRr

In Munna Michael, the actor will also pay a dance tribute to his father Jackie Shroff. Of the song Ding Dang, Tiger Shroff earlier told news agency IANS, "The song is a tribute to my father (Jackie Shroff). There is no better way I could have done it than as his Munna. Dad is my buddy, my first hero... He's the reason I'm here. That's why for this character I'm trying to live his life."

Ding Dang is choreographed by Ganesh Acharya. A few months back, Tiger Shroff shared a picture while filming Ding Dang. "This one is going to be special #munnamichael," he captioned his post.

Last month, Tiger Shroff's first look from Baaghi 2 was unveiled. The film is a sequel to his 2016 film Baaghi, which also starred Shraddha Kapoor. Baaghi 2 releases on April 28, 2018.