Justin Bieber India Concert: Neelam Gill, The Supermodel Who Is In India With Bieber

Justin Bieber India Concert: While there's an impressive line-up of celebrities from the realm of music, the glam quotient will also reportedly be increased by several notches with Neelam Kaur Gill, a British model of Indian origin 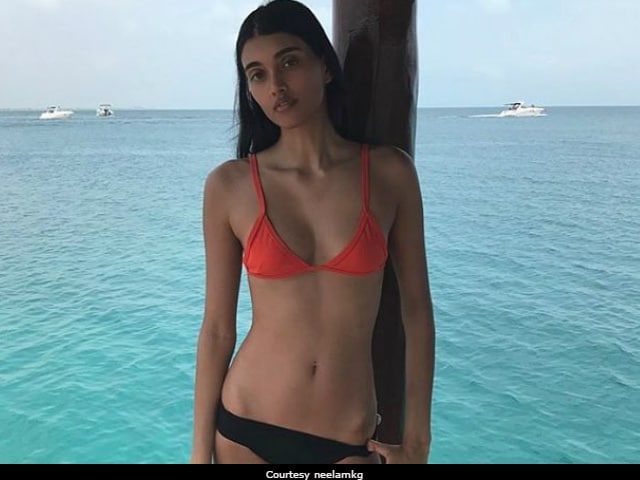 New Delhi: Justin Bieber is merely hours away from performing to his frenzied fans at Mumbai's DY Patil stadium, as part of his India visit for the Purpose World Tour. While there's an impressive line-up of international celebrities from the realm of music, the glam quotient will also be increased by several notches with Neelam Kaur Gill, a British supermodel of Indian origin, joining the 23-year-old pop sensation on stage, reported mid-day. Neelam Gill has represented internationally acclaimed brands at the runway, modelling for Burberry and Abercrombie & Fitch and also appearing on the cover of Vogue India. In 2013, she made her debut as a model for Burberry at the London Fashion Week, when she was 18. She popularly operates her YouTube channel to address issues like body shaming and depression.

Within two years of her debut, she represented brands like Abercrombie & Fitch. Neelam has also walked the runway for Dior and was spotted at Kanye West's fashion show. She has also made an appearance in a traditional saree look for a British Airways advert.

Promoted
Listen to the latest songs, only on JioSaavn.com
Meanwhile, Justin Bieber, who's already paid a visit to the slums of Mumbai, will be choppered to the stadium a little ahead of his performance, which is expected to be at 8 pm. He arrived in India at 1:30 am on Wednesday night with Salman Khan's personal aide, Shera, helping him navigate through the airport. He was welcomed by cheering fans, who crowded outside the Mumbai airport for a glimpse of their favourite pop star.