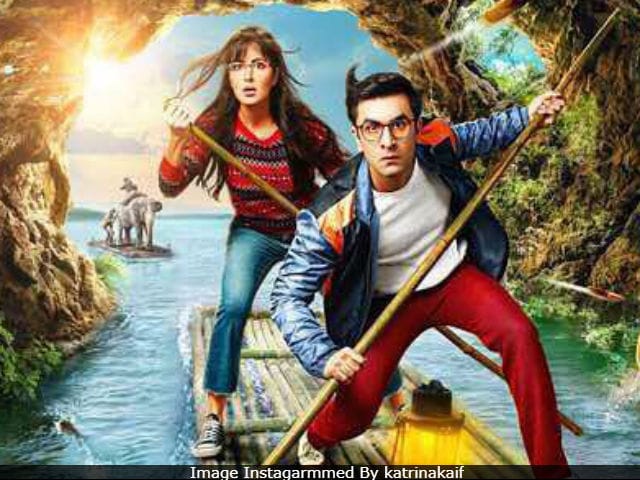 New Delhi: Ranbir Kapoor and Katrina Kaif will finally welcome us to their world of Jagga Jasoos tomorrow (July 14). In the Anurag Basu-directed film, Ranbir and Katrina play amateur detectives. Jagga (Ranbir Kapoor) is in search of his missing father. It took more than three years to make Jagga Jasoos. Also, after multiple rescheduling, the release date was finalised. The fantasy drama stars Saswata Chatterjee as Ranbir's father. Govinda was also expected to feature in a cameo on Jagga Jasoos. However, his scene was deleted during the final edit. While filming Jagga Jasoos, Katrina and Ranbir ended their six-year long relationship. Here's the trailer of Jagga Jasoos.


Jagga Jasoos is Ranbir Kapoor's second film with Anurag Basu after Barfi!. Of working with the filmmaker, the 34-year-old actor told new agency PTI, "Working with Anurag Basu, the challenging part is not acting, the challenging part is the patience and the time that it takes. Also, you have to understand that he is such a visual director so that he builds your performance visually, through his shots over a period of time." With the film, Ranbir is making his debut as a producer.

Of the film, Katrina said, "We all enjoyed the process while filming. Every day when we gathered on set, we knew we are creating something new and interesting. As an actor, the outcome is not in our hand, but the process... I thoroughly enjoyed."

Promoted
Listen to the latest songs, only on JioSaavn.com
Ranbir Kapoor and Katrina Kaif have previously co-starred in Rajneeti and Ajab Prem Ki Ghazab Kahaani.