Ahead of the release of Jagga Jasoos, the makers of the film unveiled a new song from the movie, titled Khaana Khaake 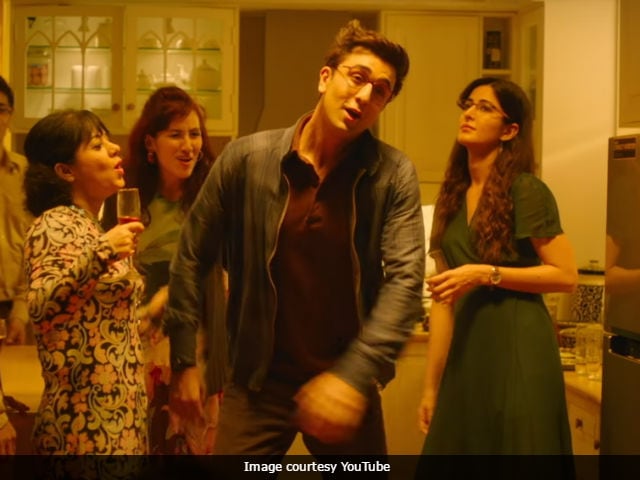 Jagga Jasoos: A still from the song Khaana Khaake

New Delhi: Ranbir Kapoor and Katrina Kaif's much-awaited film Jagga Jasoos is all set to be released in theatres tomorrow. Ahead of its release, the makers of the film unveiled a new song from the movie, titled Khaana Khaake. The two-and-a-half-minute song begins with Jagga aka Ranbir arriving at Shruti aka Katrina's house. However, he is asked to leave by one of the family members, who tells him that "Party Khatam, Sab Khanna Khaake, Daru Peeke, Chale Gaye. Later, Jagga is welcomed at the party by Shruti. Khaana Khaake is a quirky song which has been sung by Pritam, Amitabh Bhattacharya, Tushar, Geet Sagar, June, Antara, Amit, Ashwin, Aroh and Sunny. The lyrics of the song have been written by Amitabh Bhattacharya.


Jagga Jasoos has been directed by Anurag Basu. The film marks Ranbir Kapoor's debut as a producer.

In a recent interview with news agency PTI, the 34-year-old actor said that he 'will repay the distributors' if the film fails at the box office. "Personally, if my film fails and I am making money out of it, then I will pay back the distributors," PTI quoted Ranbir as saying.

"It has been going on since my grandfather's (Raj Kapoor) time in 1950s. The style of making films where everyone makes money, not just the producers but also distributors and exhibitors. It is a healthy exercise. If someone loses money on something and you have made money out of it, it's good to compensate," he added.

Jagga Jasoos narrates the story of a young detective, who is in search of his missing father. Katrina Kaif features as his accomplice.

The trailer of the film was unveiled on June 30.