Hrithik Roshan, Yami Gautam's Kaabil Might Get A Hollywood Remake 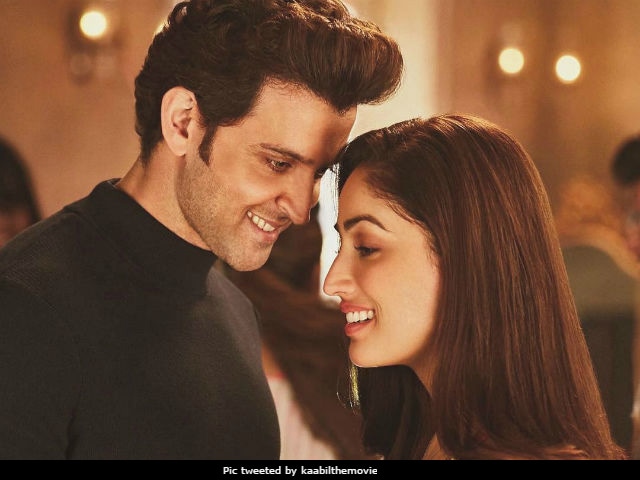 New York: Hrithik Roshan's Kaabil is what partially kick-started the Bollywood itinerary of 2017 (OK Jaanu released a week ahead of the film) and it's been seven months since. Now, it appears that Kaabil is all set to have a Hollywood remake. A mid-day report states that the top boss of Hollywood studio 20th Century Fox approached the 43-year-old actor to acquire the rights of the movie for a remake. In an interview to mid-day, director Sanjay Gupta said: "It's true that Fox, through Tomas Jegeus (president, Fox International Productions), has approached Hrithik. Even though the developments are too premature to talk about at this moment, it is an honour for the team. What is also exciting is that Kaabil has been declared the best film of [the first half of] 2017 via an online poll. So, it's a double win for us."

According to mid-day, Hrithik was busy with his New York schedule when the Hollywood studio got in touch with him. Once back, he is expected to share the details with his filmmaker father Rakesh Roshan, who produced Kaabil. "Before he jetted off to New York, Hrithik was pleasantly surprised to get a call from Tomas, who wanted to buy the remake rights of Kaabil. They feel the film is a pure entertainer and has all the ingredients for a great Hollywood film. Hrithik will discuss the matter with his father when he is back." Hrithik is currently in New York - pictures of the actor with ex-wife Sussanne Khan in the Big Apple have been shared on Instagram.

Promoted
Listen to the latest songs, only on JioSaavn.com
Meanwhile, this is what Rakesh Roshan told mid-day: "The screenplay was hard-hitting, and the drama, gripping. It would make for a wonderful Hollywood adaptation, given that it has all the necessary emotions. It struck gold at the box-office because it was about a visually-impaired lover seeking revenge." Kaabil stars Hrithik and Yami Gautam as a young couple, who are visually impaired.

Currently, Hrithik Roshan is reportedly busy with the script of Krrish 4, to be expectedly directed by Rakesh Roshan.