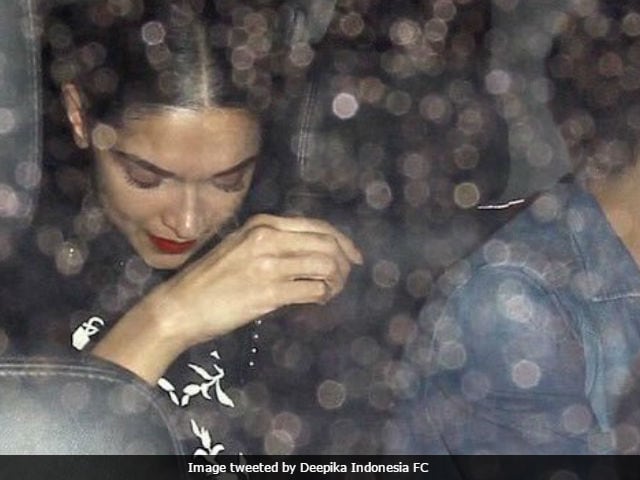 New Delhi: 'Novak Djokovic would be far happier dating Bollywood film star Deepika Padukone' - those are the words of the Serbian tennis player's alleged ex-girlfriend Natasa Bekvalac, reports Daily Mail. Natasa Bekvalac was linked to Novak Djokovic (from 2011 - 2014) while he was still dating Jelena Ristic (now his wife). Djokovic and Jelena got married in 2014. Natasa, a Serbian pop star, always denied reports of link up and gave the aforementioned quote to the daily. Recently, a video of Jelena and Novak Djokovic fighting over a video she made of the tennis star practicing went viral along with BBC commentator John McEnroe's comments on Djokovic's recent deteriorating performance, in which he compared the tennis star to golfer Tiger Wood, known for his philandering ways. Natasa Bekvalac's comment preceded both the incidents but all three episodes put together reopened the chapter on Novak Djokovic's alleged dating life and rumoured affairs.

At that time, Djokovic told the media that Deepika was a friend of his Jelena, who was absent from the rendezvous, reported Daily Mail. We know that Deepika and her family socialized with Jelena Djokovic during the Wimbledon finals in July 2015.

[PIC] Deepika talking to Jelena Djokovic at Wimbledon today Her dad and sister can also been seen. (Tfs @vanedit) pic.twitter.com/J9qI1eMWHm

But even before that, Deepika played an exhibition tennis doubles match with Djokovic in 2014's International Premier Tennis League tournament. Roger Federer and Bollywood actors Aamir Khan, Riteish Deshmukh were also there.

Picture of the evening - @iptl#FrameTohBantaHaipic.twitter.com/dTlcdPJBtT