Cyclone Vayu: Dos And Don'ts To Keep In Mind And Be Disaster Ready 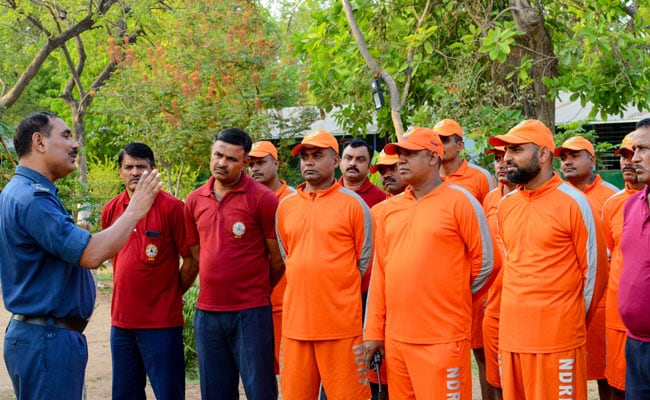 Cyclone Vayu is inching closer to the Gujarat coast and it is expected to make a landfall on Thursday. Over 1.6 lakh people have been evacuated from low-lying areas of Saurashtra and Kutch regions. Operations at ports and airports in these regions have been suspended as precautionary measure. Per the latest weather report, cyclone Vayu, which has turned into a very severe cyclonic storm, has changed its course slightly and would now hit Gujarat coast anywhere between Veraval in the south and Dwarka in the west in the afternoon Thursday. The cyclone is now situated around 280 km south of Veraval. Cyclone Vayu's impact is expected to remain strong for 24 hours even after its landfall.

Ahead of Cyclone Vayu, that will hit Gujarat coast on Thursday, National Disaster Management Authority tweeted a list of Dos and Don'ts that you should follow before, during and after the  cyclone.

Cyclone Vayu: Things To Keep In Mind And Follow

1. During cyclone situation, do not panic and keep calm. Your ability to meet emergency will inspire and help others.

2. Get away from low lying beaches or other locations which may be swept by high tides or storm waves.

4. Don't be misled by rumours. Keep your radio on and listen to latest weather warnings and advisories from the nearest AIR station. Pass only the official information to others.

5. Check on everything that might blow away or be torn loose. Kerosene tins, cans, agricultural implements, garden tools, road signs and other objects become weapon of destruction in strong winds. Remove them and store them in a covered room.

#CycloneVayu to hit #Gujarat coast between Porbandar and Mahuva around Diu and Veraval on 13th Jun early morning as a very severe cyclonic storm with wund speed around 150 kmph gusting upto 170 kmph. pic.twitter.com/cqp0guzuBl

6. Get extra food, especially things which can be eaten without cooking or with very little preparation. Store extra drinking water in suitably covered vessel.

7. Keep some wooden boards ready so that glass windows can be boarded.

8. Be with your family and remain indoors. Don't touch the loose and dangling wire from lamp post, it may have electric current.

9. Be alert and disaster ready. Keep a bag filled with necessary belongings, in case a rescue situation arises.

10. Drink boiled or chlorinated water and do not enter the buildings damaged due to Cyclone Vayu.