The people were evacuated from low-lying areas of Saurashtra and Kutch regions even as the entire coastline has been on high alert since yesterday. They will be shifted to around 700 cyclone and relief shelters. 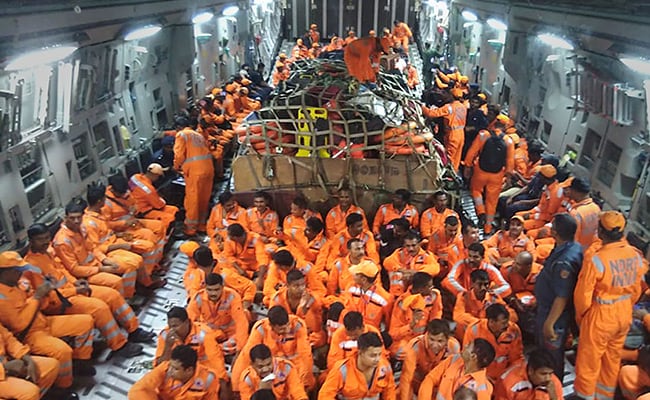 Cyclone Vayu: A total of 36 NDRF team have been deployed, 11 more teams are ready for rescue operations.

Union Home Minister Amit Shah has said that authorities have evacuated about 3.1 lakh people living in the low-lying areas and the NDRF has positioned 52 teams for rescue and relief operations. The latest weather report said that Cyclone Vayu, which turned into a "very severe cyclonic storm", has changed its course slightly and would now hit Gujarat coast anywhere between Veraval in the south and Dwarka in the west.

"Gujarat has evacuated about 3 lakh people and Diu has evacuated over 10,000 people from low-lying areas to safer places...(the) MHA is in continuous touch with state govts/UT and central agencies. The NDRF has pre-positioned 52 teams equipped with boats, tree-cutters, telecom equipments etc," Amit Shah tweeted. The home minister said cyclone Vayu is expected to cross the Gujarat coast between Porbandar and Union Territory Diu and he "prays for the safety of the people".

"Nine helicopters have been placed at strategic points, and 10,000 tourists have also been shifted," he added. 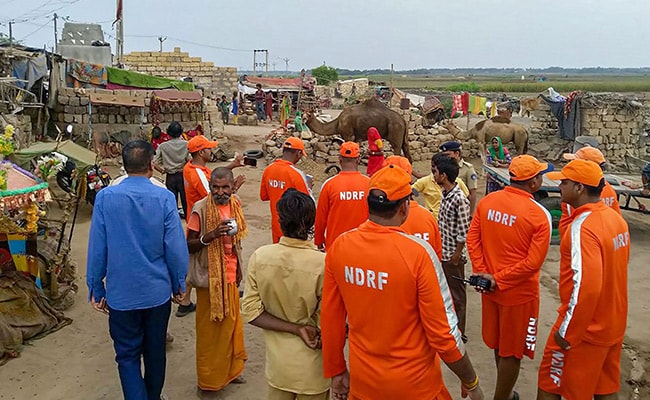 Teams deployed and put on standby for rescue and relief operations along coastal districts.

The people were evacuated from low-lying areas of Saurashtra and Kutch regions even as the entire coastline has been on high alert since yesterday. They will be shifted to around 700 cyclone and relief shelters. Two special evacuation trains have been pressed into service with one starting from Okha in Saurashtra for Rajkot, and another for Ahmedabad.

It is expected that the cyclone's impact will continue to be strong for 24 hours even after the landfall -- between Porbandar and Union territory Diu -- an official told news agency PTI.

Fifteen passenger trains in Gujarat have been cancelled and sixteen have been partially cancelled by the railways. Schools and colleges along the entire coastline will remain closed till tomorrow.

Prime Minister Narendra Modi has tweeted saying that the central government is "closely monitoring the situation". He said he is "constantly in touch with state governments" to review the situation.

The Odisha government today offered all help to the western state after Gujarat Chief Secretary JN Singh called up his Odisha counterpart AP Padhi and sought Odisha's advice on how to tackle the cyclonic storm, officials said.

The effect of Cyclone Vayu will also be felt in Mumbai as well as Goa, which the weather department said will witness heavy rain.