Cyclone Vayu: The cancellation of the trains will come into effect from today evening at 6 pm for two days for the areas which will be affected after Cyclone Vayu hits Gujarat's coastline. 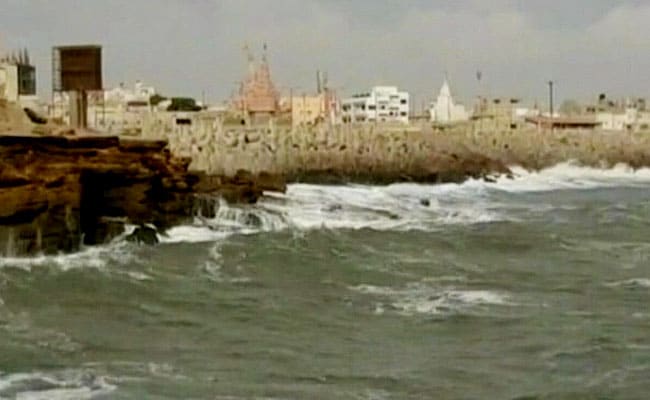 Seventy trains in Gujarat have been cancelled and twenty-eight have been partially cancelled by the railways as Cyclone Vayu inches closer to the state's coastline. The cancellation of the trains will come into effect from today evening at 6 pm for two days for the areas which will be affected after Cyclone Vayu hits Gujarat's coastline. Special trains will instead run from these areas, according to a statement tweeted by the Indian Railways. Cyclone Vayu, which instensified into a severe cyclonic storm yesterday, is expected to hit the Gujarat coast between Porbandar and Mahuva around Veraval and Diu region.

Nearly three lakh people are being evacuated starting today as Cyclone Vayu is set to make landfall. They will be shifted to around 700 cyclone and relief shelters. Gujarat's Gandhidham, Bhavnagar Para, Porbandar, Veravar and Okha will likely be the areas which will feel the most significant impact as the cyclone enters land.

Union Home Minister Amit Shah reviewed preparations being made to brace the impact of the cyclone. The Home Ministry has also sent detailed advisories to Gujarat and the Union Territory of Diu.

Prime Minister Narendra Modi also tweeted to say the central government was "closely monitoring the situation" and said that he was "constantly in touch with state governments" to review the situation.

"Praying for the safety and wellbeing of all those affected by Cyclone Vayu. The Government and local agencies are providing real-team information, which I urge those in affected areas to closely follow," he said in another tweet.

"Cyclone 'Vayu' is about to reach Gujarat coast. I appeal to all Congress functionaries of Gujarat to be ready to help in all the areas that come in the way. I pray for the safety and well-being of all the people in the areas affected by the cyclone," tweeted Congress president Rahul Gandhi.

The effect of Cyclone Vayu will also be felt in Mumbai as well as Goa, which the weather department said will witness heavy rain.

39 teams of the National Disaster Response Force or NDRF, along with 34 teams of the Indian Army, the Coast Guard, Border Security Force or BSF and other agencies have all been roped in to help with rescue and relief efforts.