Rains are likely to continue till Wednesday in Kutch, Saurashtra and north Gujarat regions because of Cyclone Vayu's impact. 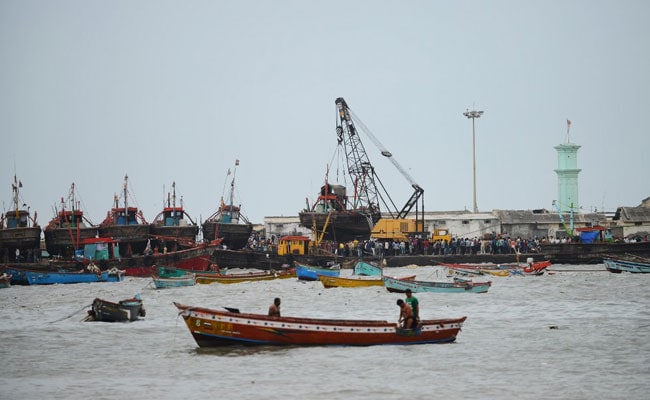 Cyclone Vayu converted into a low pressure area when it crossed over Kutch in the morning.

Cyclone Vayu has weakened and crossed Gujarat's Kutch district on Tuesday morning, causing rainfall at some places in the state, a MeT official said.

Rains are likely to continue till Wednesday in Kutch, Saurashtra and north Gujarat regions because of its impact, she said.

"Cyclone Vayu converted into a low pressure area when it crossed over Kutch in the morning. This will cause rainfall in the region," said Manorama Mohanty, scientist at the India Meteorological Department's (IMD) Ahmedabad centre.

"Warning for ports has been lowered, but the advisory for fishermen will continue till Wednesday morning. The low pressure system is going to further weaken," she said.

The low pressure system will cause strong winds over northeast Arabian Sea and adjoining Saurashtra and Kutch regions with a speed of 30-40 kmph gusting to 50 kmph till Tuesday evening, the IMD said in a release.

Weather will remain rough over northeast Arabian Sea and along and off the Gujarat coast, it said.

In the last 24 hours, Talala and Veraval talukas in Gir-Somnath district received 33 mm and 25 mm rainfall, respectively, while Borsad taluka in Anand district got 29 mm rain, per official data.

Some parts of Dahod, Gandhinagar, Rajkot, Jamnagar, and Sabarkantha districts also received showers during this period.
Ahmedabad is also expected to receive moderate to light rainfall till Thursday, the weather department said.

The cyclone was earlier predicted to make landfall in Gujarat on June 13. However, it later began to move away from the state, sparing the coastline of any possible damage.

The Met office last Friday said the cyclone was likely to "recurve" and return to the coast in Kutch district as a weakened system.