"However, it is not a manifesto but jumla. Just like they promised Rs 15 lakh to each family or giving 2 crore jobs to the countrymen," Trinamool's Sougata Roy said. 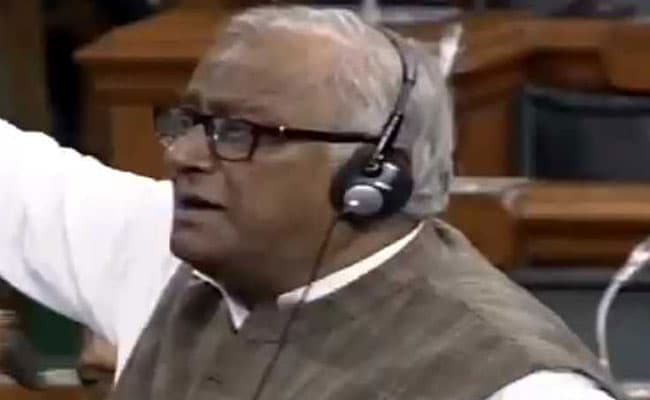 Briefing the mediapersons, Mr Roy said, "Outsiders are releasing the manifesto of Bengal. Sadly, a man from Gujarat released the manifesto. A man from Madhya Pradesh sitting next to him. It means the BJP does not have a competent person in Bengal who can release its manifesto."

The senior Trinamool Congress leader claimed that the BJP's manifesto is full of false promises.

"However, it is not a manifesto but jumla. Just like they promised Rs 15 lakh to each family or giving 2 crore jobs to the countrymen. The CAA is also a jumla as it is a matter of the central government's domain not of the state cabinet. The people will refuse the manifesto," added Mr Roy.

Speaking at the event, Mr Shah said, "We have decided to call our manifesto a Sankalp Patra. It is not just a manifesto but a resolution letter for West Bengal by the country's largest party. We will create a Sonar Bangla."

"Free education to women, 33 per cent reservation to women in all state government jobs, three AIIMS and Rs 10,000 to the farmers every year are among the major promises of the BJP's poll manifesto."

"The Citizenship Amendment Act (CAA) will be implemented in the first Cabinet meeting and refugees who have been staying here for 70 years will be given citizenship. Each refugee family will get Rs 10,000 per year for five years," Mr Shah further said.

Mr Shah's statement carries much significance as the West Bengal Chief Minister Mamata Banerjee has several times said that she would not allow the implementation of CAA and National Register of Citizens (NRC) in the state.

Elections to the 294-member state Assembly will be held in eight phases starting from March 27 with the final round of voting taking place on April 29. The counting of votes will take place on May 2.