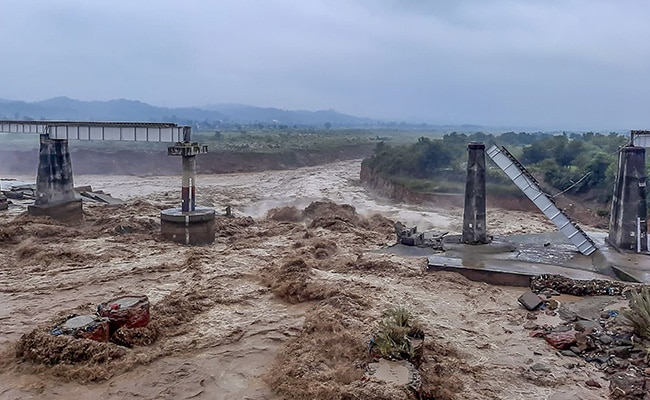 At least 22 people, including eight members of a family, were killed and five others went missing in incidents of landslide, flash flood and cloud burst triggered by heavy rainfall in Himachal Pradesh in the past 24 hours, State Disaster Management Department Director Sudesh Kumar Mokhta said on Saturday.

As many as 743 roads, including the Manali-Chandigarh national highway at Mandi and the Shimla-Chandigath highway at Shoghi have been blocked for traffic, he added.

Bodies of eight members of a family were retrieved from the debris of their house after a four-hour-long search operation by the National Disaster Response Force (NDRF) and police at Kashan village in Gohar development block, he added. The house collapsed in a landslide.