"Padmaavat" hits the theatres today but groups like Karni Sena have vowed to block the film at all costs. 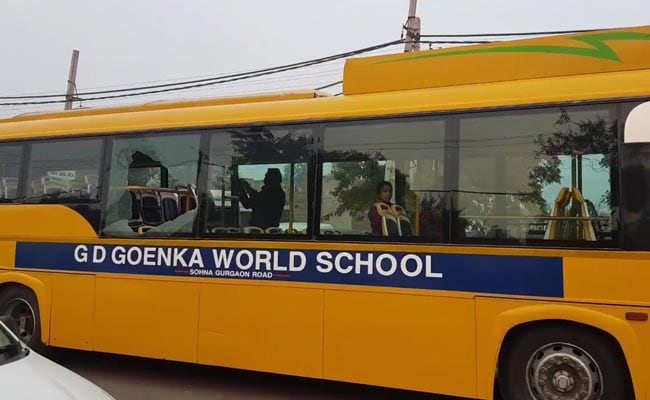 A day after a school bus was attacked in Gurgaon by a mob protesting the film "Padmaavat", many schools near Delhi are shut. At least four top schools in Gurgaon have announced a holiday for the rest of the week, saying they would not want to risk the lives of students.

A video that captured the horror of more than two dozen schoolchildren of the GD Goenka World School, cowering in fear as their bus was being hit with stones, has generated waves of outrage. Eighteen people have been arrested.

In the clip, little children were seen on the floor of the bus, their teachers keeping them below the range of the stones hurled by around 60 goons who also attacked the bus with bamboo sticks.

Students of nursery to Class 12 were on their way home from school when around 3 pm, their bus was caught in the "Padmaavat" rioting. The youngest children were heard crying. A teacher held a frightened girl as everyone crouched on the space between the seats.

Ignoring the mob banging at the windows and the sides of the bus, the driver maneuvered the bus to safety.

The school bus happened to be behind a state-run bus that had been set on fire and wrecked by the mob just moments before.

Later, the seats of the school bus were covered with shards of glass. The school staff alleged that policemen at the spot - there were quite a few because of the raging protests - could do nothing to help.

"Attacking a school bus is not an agitation. It is terrorism. The people who did it are terrorists. Please refer to them as such," tweeted filmmaker-actor Farhan Akhtar.

"If they can attack school buses and Haryana roadways buses openly despite prohibitory orders and tight security arrangements of the Gurgaon Police, we cannot take a chance," a teacher said.

Delhi Chief Minister Arvind Kejriwal described the attack as "utterly shameful" and targeted the BJP government in Haryana in his tweet: "More disgusting is the complicity of those governments who are allowing it through their inaction."

Congress President Rahul Gandhi wrote: "There will never be a cause big enough to justify violence against children... The BJP's use of hatred and violence is setting our entire country on fire."

"Padmaavat" hits the theatres today but groups like Karni Sena have vowed to block the film at all costs, alleging that the film hurts Rajput pride and twists the story of 14th century Queen Padmini, who chose death before surrendering to Delhi Sultan Alauddin Khilji.

Promoted
Listen to the latest songs, only on JioSaavn.com
Protesters took to violence and arson in Haryana, Gujarat, Rajasthan and Uttar Pradesh - the states that had initially banned the movie despite the censor board allowing it with tweaks.