"Would Have Been Sealed If Pandemic Had Not Hit": Ranbir Kapoor On Wedding Plans With Alia Bhatt

"I want to tick mark that goal soon in my life," said Ranbir Kapoor about his wedding 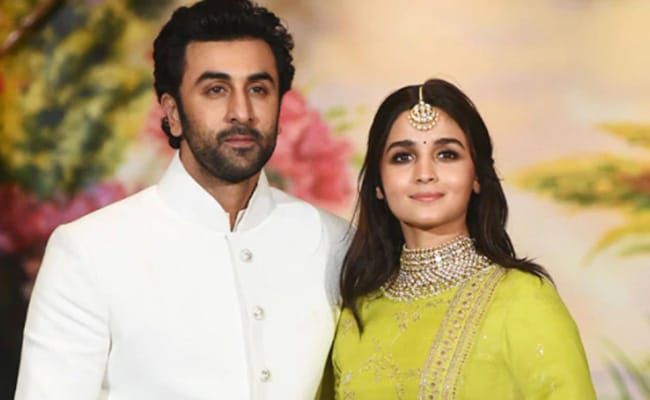 Ranbir Kapoor and Alia Bhatt photographed at an event.

Ranbir Kapoor and Alia Bhatt would have been married by this time now had the pandemic not hit their lives, the actor revealed in a recent interview. The couple occupied the top spot on the list of trends on Thursday after Ranbir Kapoor's interview with film critic Rajeev Masand surfaced on the Internet. In the interview, Ranbir called Alia Bhatt his "girlfriend" and also spilled the beans on his wedding plans with the actress. When asked whether he and Alia had considered marriage, Ranbir, who was living with the actress during the lockdown, said: "It would have already been sealed if the pandemic hadn't hit our lives. But I don't want to jinx it by saying anything. I want to tick mark that goal soon in my life."

Earlier this year, an article by Rajeev Masand stated that Alia Bhatt and Ranbir Kapoor were reportedly planning to get married on December 4. However, the couple never talked about it until now.

When Ranbir Kapoor was asked how he spent time with Alia Bhatt during the lockdown in the aforementioned interview, the actor called her "over achiever" and said that she learned a lot of things at home. "You know, my girlfriend Alia is a bit of an over achiever and she took every class there is from guitar to screenwriting," said Ranbir and added: "I always feel like an underachiever next to her."

In the same interview, Ranbir Kapoor also talked about his father, actor Rishi Kapoor, who died in April this year and how he focused on his personal , as well as professional life during the lockdown.

Alia Bhatt and Ranbir Kapoor reportedly started dating in 2018. Last year, the duo made appearances at several events together. Alia was with Ranbir most of the time when the actor lost his father in April.

In terms of work, Alia Bhatt and Ranbir Kapoor will next be seen together in Ayan Mukerji's Brahmastra.