Viral: Alia Bhatt And Ranbir Kapoor Spotted Together Amid Lockdown 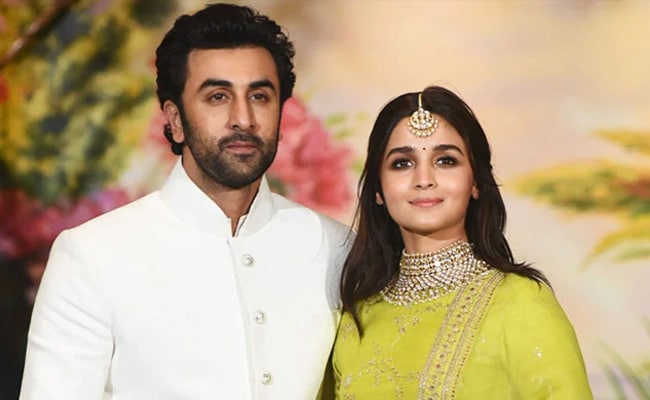 Alia and Ranbir photographed at an event.

India is locked down against the Coronavirus and opportunities for leaving one's home are limited to non-existent. One rumoured Bollywood couple have, however, been spotted out, if not exactly about. A clip of Alia Bhatt and Ranbir Kapoor walking is going crazy viral - it is literally a few seconds of them walking, dressed in gym clothes and followed by the actor's pet dog, presumably Lionel. To be clear, Alia and Ranbir were not 'outside' as such - they appear to be on the premises of a building; both have their own apartments and it's not clear whose building they were in. Unsurprisingly, the clip has prompted speculation that Alia Bhatt and Ranbir Kapoor have moved in together, at least while the lockdown period lasts.

Aside from the viral clip, Alia Bhatt's previous posts also made her fans think that the rumoured couple are in isolation together. Some days ago, Alia "showed off" her photography skills by sharing pictures of her pet cat Edward and Ranbir's pet dogs Lionel and Nido.

Time to show off some photography.. Ufff! #lovethypet

Look at that face! #lovethypet

Alia Bhatt and Ranbir Kapoor reportedly started dating in 2018. The couple have made appearances together on several occasions and wedding rumours circulate often.

On the work front, Alia Bhatt and Ranbir Kapoor will next be seen together in Ayan Mukerji's Brahmastra. The film will also star Amitabh Bachchan. Alia will also be seen in Karan Johar's Takht, dad Mahesh Bhatt's Sadak 2, Sanjay Leela Bhansali's Gangubai Kathiawadi and SS Rajamouli's RRR. Other than Brahmastra, Ranbir also has Shamshera, co-starring Vaani Kapoor and Sanjay Dutt, in the pipe-line.