"Will Not Share My Son With Anybody In The World Right Now": Tusshar Kapoor On Marriage Plans 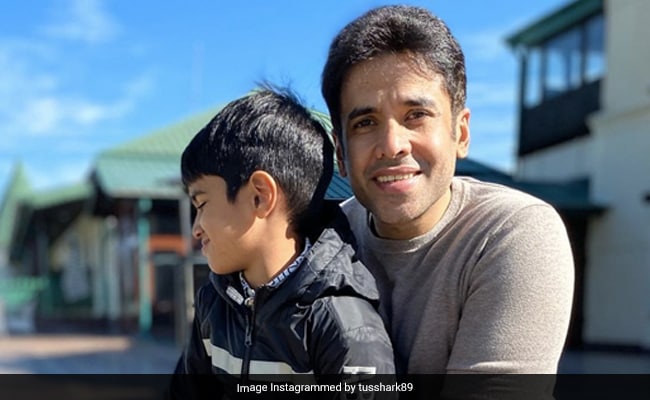 Actor Tusshar Kapoor, in a recent interview with the Times Of India, opened up about his plans to get married and how life has been as a single parent. Tusshar Kapoor's son Laksshya was born via surrogacy on June 1 in 2016. When asked about if he ever feels the need to have a partner or to get married, the 44-year-old actor, who recently celebrated his son's 5th birthday, told TOI that he decided to become a single parent because he was "ready" and that he "won't share his kid with anybody in the world right now or even in the future."

Talking about his marriage plans, Tusshar Kapoor said: "Never, because I wouldn't have gone through the process of becoming a single parent if I had any doubts about it. I did it at a time and age when I was ready for it and willing to take on the responsibility" and added: "I feel like I'm taking the right step. And as of today, I feel like my day is fulfilled because I have so many things to do with my son."

"There's no other option I could have opted for, and I wouldn't have had it any other way. I will not share my son with anybody in the world right now or in the future. So, all's well that ends well," he told TOI.

Ekta Kapoor is also a single parent. She also opted for surrogacy and welcomed son Ravie in January 2019.