"Which Farmer Does A Photoshoot?": The Internet Mocks Salman Khan's Post

Salman Khan was massively trolled by a section of the Internet for his post, in which he can be seen siting on a field with mud on his body 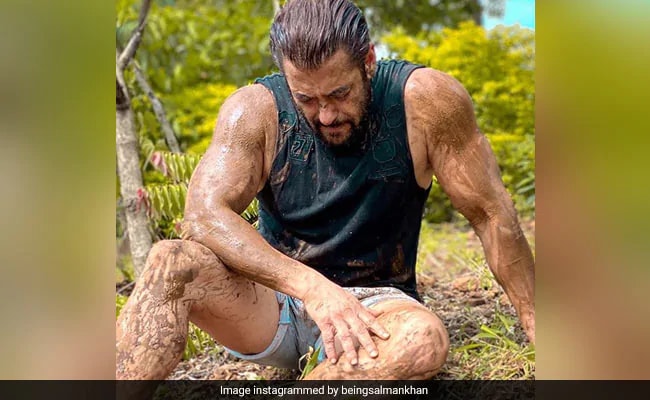 Salman Khan's latest Instagram entry, which was dedicated to farmers, received major flak on social media. Salman's no doubt well-intentioned tribute has been mocked ruthlessly online, particularly what social media sees as the actor's photo-op depicting himself as a son of the soil. Many critics pointed out that that Salman's entire body can be seen covered with mud, which according to Internet clearly meant that it was applied by someone else. In the picture, Salman, covered with mud, can be seen sitting in a field. "Respect to all the farmers," read the caption on his post. "See carefully, his hand is not muddy but his arms are. This means someone else has applied mud on him," wrote an Instagram user. "Kaunsa farmer khet pe baith ke aise photo shoot karta hai (which farmer sits in a field and poses like this for a photo shoot)?" added another.

Another Instagram user commented: "Maine bahut farmer dekhe hain aaj tak, kisi ke muh pe keechad nahi laga hota) I have seen many farmers, none of them apply mud on their face)." Many users asked the actor if it was necessary to apply mud on his face. "Lag raha hai ki mitti pota hai bas photo ke liye (seems like the mud has been applied just for the sake of getting a picture clicked)," read another comment on Salman Khan's post.

Salman Khan, who has been staying at his Panvel farmhouse through the lockdown and since, shot two songs there. One of them featured his Kick co-star Jacqueline Fernandez. A few days ago, the Bharat actor shared a picture from a field and he captioned it: "Daane daane pe likha hota hai khane wale Ka naam... Jai jawan ! Jai kissan ." This is the post we are talking about:

Salman Khan was last seen as the host of the TV reality show Bigg Boss 13. In terms of films, his last release was Dabangg 3. He will next be seen in Radhe: Your Most Wanted Bhai, co-starring Disha Patani, Jackie Shroff and Randeep Hooda.

For Asif Basra, Tributes From Kareena Kapoor, Anushka Sharma, Nawazuddin Siddiqui And Others