Salman Khan's Dabangg Is Being Turned Into An Animated Series

"Chulbul's persona is larger than life and in animation his adventures will be showcased as never seen before," Arbaaz Khan said in a statement 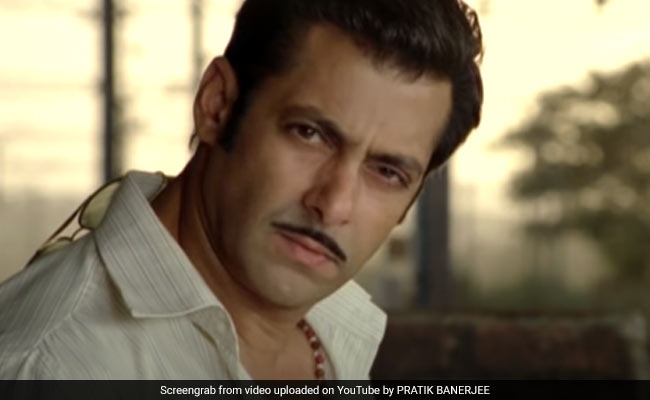 Salman Khan in a still from Dabangg. (courtesy Youtube)

The first season will have 52 half-hour episodes and the makers are in conversation with various OTT platforms for the release.

Actor-producer Arbaaz Khan said the biggest USP of Dabangg is that it is a family entertainer and the next logical step to further grow the franchise was to enter the animation space.

"The medium offers unparalleled creative freedom with storytelling, and we can focus on shorter standalone stories in lieu of longer, linear narratives. Chulbul's persona is larger than life and in animation, his adventures will be showcased as never seen before," Arbaaz said in a statement.

Animation studio Cosmos-Maya is producing the series which chronicles the day-to-day life of Police Officer Chulbul Pandey, played by Salman in the films.

"We are very happy to be working with Cosmos-Maya on this glorious franchise which has won the heart of millions. The union has been organic in the sense that the franchise and the studio have both captured the pulse of the Indian masses with entertaining grassroots level storytelling and relatable narratives. Exciting times lie ahead," Arbaaz added.

The show will feature the animated avatars of all iconic characters of the franchise including Sonakshi Sinha's Rajjo, Prajapati, played by the late Vinod Khanna in the films and the three antagonists Chhedi Singh (Sonu Sood), Bachcha Bhaiya (Prakash Raj) and Baali (Sudeep).