What Arjun Kapoor Said About Rumoured Wedding To Malaika Arora 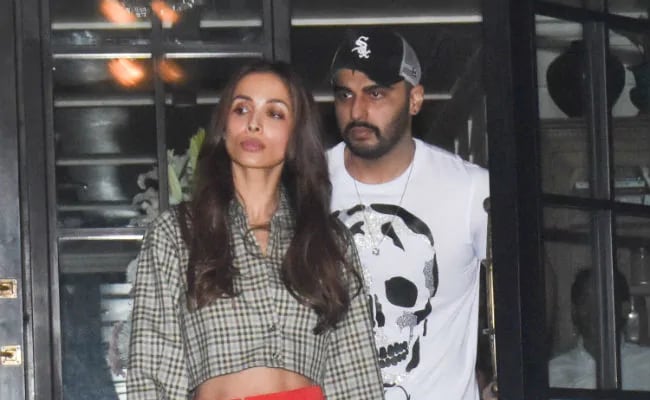 Arjun Kapoor and Malaika Arora are gossip columns' latest favourite obsession and hence, the rumoured couple often trend for their pictures together or that inevitable speculation that a wedding is on the cards for them. While Malaika has never shied away from dismissing rumours about her relationship status, not much has been heard from Arjun Kapoor, until now. The 33-year-old actor finally responded to the often-asked query about an impending 'wedding' and said: "When there is something to talk about, you will all know," reported news agency IANS. Malaika and Arjun often trend for reports that they are planning an intimate wedding in April.

Needless to say that Arjun Kapoor and Malaika Arora have become paparazzi favourites, about which the Gunday actor said "it's a small price" which celebs have to pay and that he's unfazed by such attention: "Not really... It is a very small price to pay. At the end of the day, for what I have gained out of being an actor, somebody who is known across the country and the world, it's a small price. And people like to know how we are. They like to be surprised how normal we are, they like to know our idiosyncrasies. It doesn't really bother me," reported IANS.

Last year, Malaika was questioned about the wedding rumours when she told Hindustan Times: "I never answer personal questions. Not that I shy away from answering or whatever. I just don't feel comfortable talking about my personal life. And whatever my life has been, everyone is aware of it. I don't need to be talking about it. I am just enjoying my life - it's beautiful and precious."

Malaika Arora and Arjun Kapoor's rumoured romance was merely a hush-hush affair till last year, when they attended the Lakme Fashion Week together and also reportedly walked into the sets of India's Got Talent hand-in-hand. Then onwards, the rumoured couple are frequently spotted on coffee dates and hanging out at parties together. Malaika has also taken along son Arhaan on a lunch date with Arjun. Malaika was previously married to Arbaaz Khan. Malaika and Arjun have reportedly purchased a house together near Mumbai's Lokhandwala Complex.

Malaika and Arjun were also recently spotted together in a photo from Rhea Kapoor's birthday celebrations in Switzerland.

Recently on Koffee With Karan, Malaika Arora made this confession: "I like Arjun, this way or that way," while Arjun's comments on Malaika's Instagram posts often go viral. On Koffee With Karan, even Karan Johar and Priyanka Chopra appeared to confirm that Malaika and Arjun are dating.