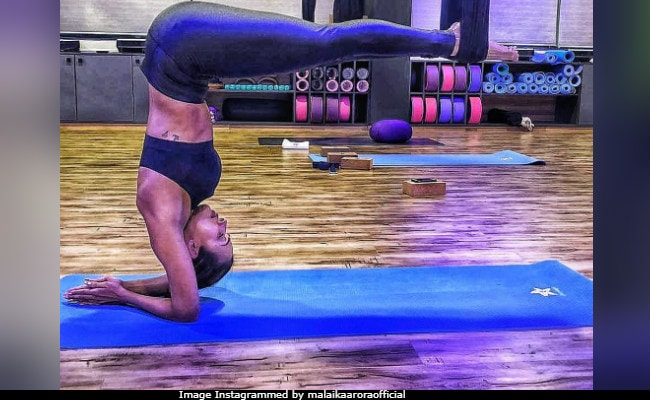 Malaika Arora, who is a fitness enthusiast and a Yoga expert, shared a 'Monday motivation' photo of hers from her work-out studio and made us look so bad. In the photo, Malaika can be seen doing a headstand press-up of sorts and it's just a glimpse of how much of a fitness freak the actress-model is. With her post, Malaika urged her fans and followers to drop by The Diva Yoga, which a collaboration between her and Yoga enthusiast Sarvesh Shashi, as she wrote: "Kickstart your week with a high and beat those Monday blues." One of the first celebs to leave a comment on Malaika's post was rumoured boyfriend Arjun Kapoor, who claimed the sirasana posture is no biggie for Malaika and that's just what her Monday mornings look like: "Regular Monday morning," he commented.

Divas! Kickstart your week with a high and beat those Monday blues with exciting yoga sessions at just Rs. 2500 for 5 sessions! Please log onto www.divayoga.com to register now! And guess what, these 5 sessions are valid for an entire year. You can use them until December 2019! And there is also a surprise from me in January for all those who register today! Hurry up! @thedivayoga @sarvesh_shashi

While Arjun not entirely surprised to see Malaika's photo, Twinkle Khanna and Dia Mirza commented to say that she's really set the bar high on the fitness meter. "I hate you for being able to do all this cool stuff," wrote Twinkle while Malaika sent her an invitation in response: "Don't hate me, come join me." Meanwhile, "Teach us no, Malla!" pleaded Dia Mirza. 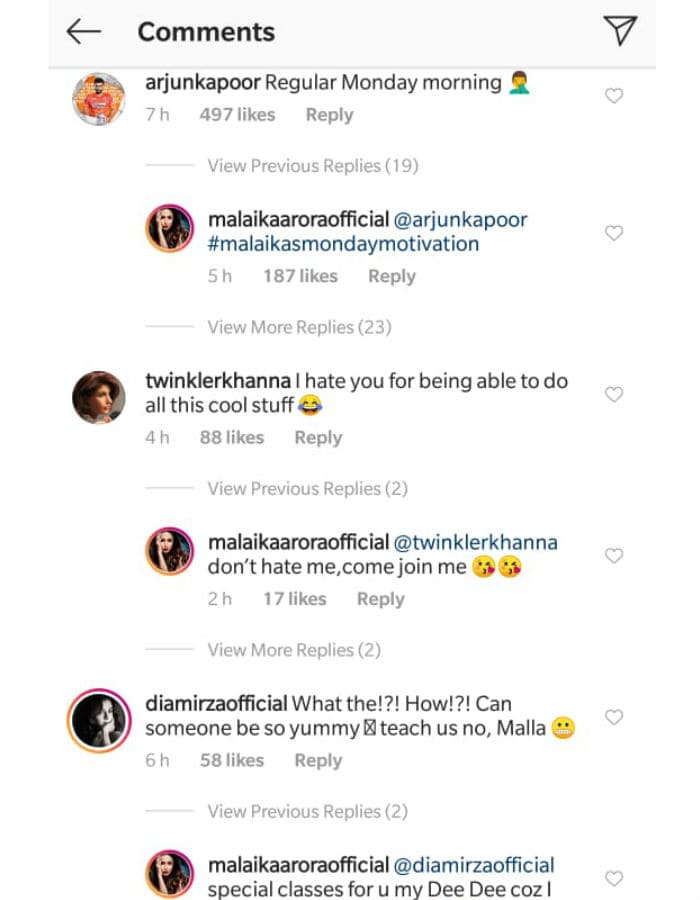 Malaika and Arjun, who have been reportedly dating for a while now, often make headlines for stepping out together in and about Mumbai. The rumoured couple were spotted on a dinner date at a Mumbai eatery last week, ahead of which Arjun and Malaika also partied with Karan Johar, Maheep Kapoor and others. 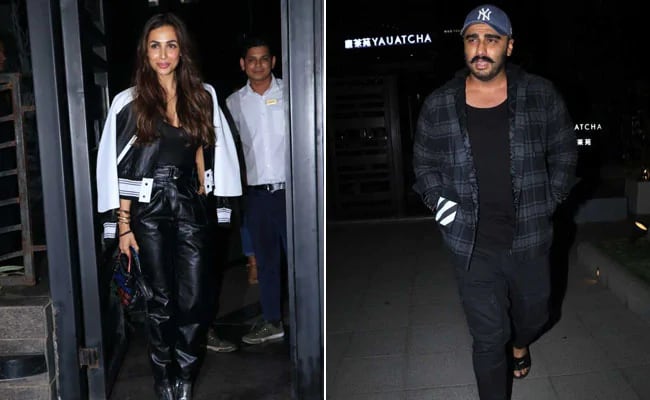 Malaika and Arjun sparked rumours about a possible romance after the actress-model's separation from Arbaaz Khan in 2016. Arjun and Malaika have carefully avoided being photographed together since then but in August this year, they were spotted cheering for their favourite designer from the front row at the Lakme Fashion Week. Malaika and Arjun also reportedly walked into the sets of India's Got Talent hand-in-hand. While Malaika recently busted a wedding rumour, Arjun appeared to suggest he's seeing someone indeed on Koffee With Karan.

Malaika Arora and Arjun Kapoor have reportedly purchased a house together near Mumbai's Lokhandwala Complex. Whether they plan to shift in together some time soon is not known but they are reportedly busy setting the new place up.