Anil Kapoor Said This About The Arjun Kapoor-Malaika Arora Rumour 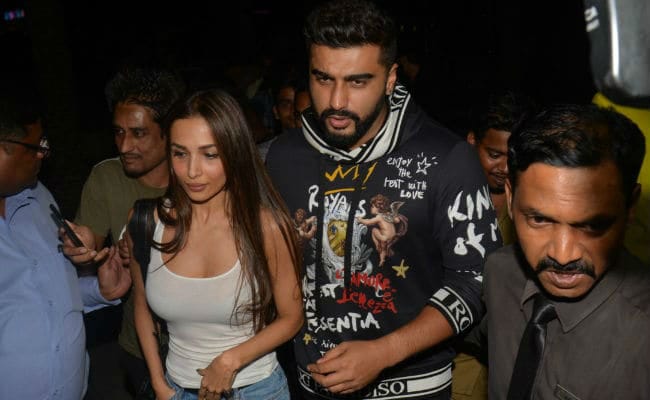 Arjun Kapoor photographed with Malaika Arora outside a restaurant in Mumbai.

Anil Kapoor was asked about the Arjun Kapoor-Malaika Arora rumour on No Filter Neha and he neither confirmed nor denied it. Speaking on Neha Dhupia's talk show, Anil Kapoor said: "I know Arjun very well and whatever makes him happy, makes me happy." Updates about Arjun Kapoor and Malaika Arora's relationship status have kept fans of the rumoured couple glued to the gossip columns. Naturally, this update (sort of) put the couple on the list of trends, again. Arjun Kapoor is reportedly dating Malaika Arora and they've been spotted together up and about Mumbai city several times. They recently attended Deepika Padukone and Ranveer Singh's wedding reception but they carefully avoided being photographed together.

On his recent Koffee With Karan appearance, Arjun Kapoor said that he is in fact dating someone but he did not give away the name of his girlfriend. Speaking about being in a relationship, Arjun said: "A lot that has happened in the family over the last few months and also with me, which has given perspective for me to answer this. I finally feel like I have a sense of belonging and a family." Arjun Kapoor also said that he's considering getting married soon.

Reports of Arjun Kapoor and Malaika Arora's impending wedding circulated on social media after Arjun attended India's Got Talent, which Malaika co-judges with Karan Johar and Kirron Kher. Pictures of Arjun and Malaika taking to the stage hand-in-hand went crazy viral. Their subsequent outings added fuel to fire. A photo of Arjun and Malaika seated in the centre in a group photo from a party hosted by Maheep Kapoor (Arjun's aunt) also sent the Internet into a meltdown.