"War has been hugely mounted to give audiences a film that is the biggest in terms of an action spectacle," said Siddharth Anand 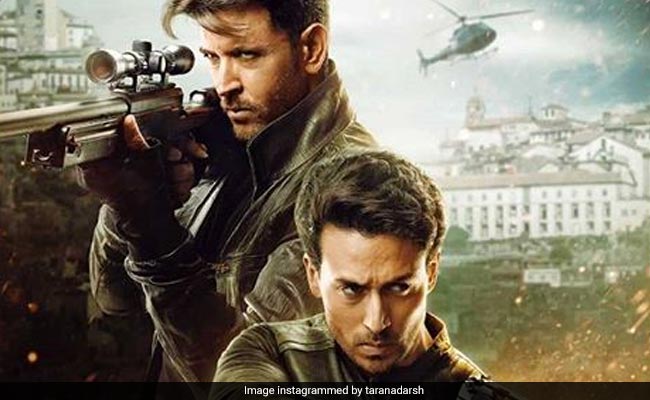 Hrithik Roshan and Tiger Shroff's much awaited action thriller War promises stunning visuals and breath-taking shooting sites, one of which is the biggest icebreaking ship in the Arctic. Director Siddharth Anand shared intriguing details about the film's shooting locales and told news agency IANS: "War has been hugely mounted to give audiences a film that is the biggest in terms of an action spectacle. Yes, it took months but we managed to secure the permission to shoot on a massive ice-breaking ship and filmed a visually stunning action sequence with Hrithik and Tiger. I hope audiences will love what we have shot."

Adding to his anecdote, Siddharth Anand added that he got the idea when his wife Mamta showed him a video of an icebreaking ship ploughing through the frozen Arctic waters: "When she showed me this, I was awe-struck by it. I knew instantly that one day I would shoot this magnificent visual for one of my films and I'm delighted that this idea worked out for 'War' because when you have two of the biggest superstars of our generation in an action movie, you want to give them and the audiences the best spectacle that no one has ever seen."

Meanwhile, a source close to the production added details of the ship - it's 300 feet long, to start with. "Just to give context to how big the ice-breaker ship is, it is about 300 feet long and can break through ice that is about 10 feet deep! It is the biggest ice-breaker cargo ship in the Arctic and the production crew had to wait for 5 months before they could get the permission to shoot on this ship" the source added.

In previous interviews, Siddharth Anand has revealed that War has extensively been shot in the Arctic. The makers had shut Porto - a major Portugal city - for an action sequence. "We shot an intense, high-speed action sequence between Hrithik and Tiger in Porto. The high octane scene required Tiger to chase down Hrithik and this extensive sequence needed us to get permission to shut down the main bridge in Porto city for two days. We got all due clearances for us to shoot this adrenaline-pumping scene. However, the locals were stunned," the director had told IANS earlier. The lead actors also shot an adrenaline-pumping bike chase sequence on top of the highest mountain range in Portugal called Serra da Estrela.

The film's team has travelled to 7 different countries with pit-stops at 15 cities for War. Produced by Yash Raj Films, War will also hit screens in Tamil and Telugu apart from Hindi on October 2.