"They had to drive superbikes at high speed on top of the highest mountain range in Portugal called Serra da Estrela," said Siddharth Anand 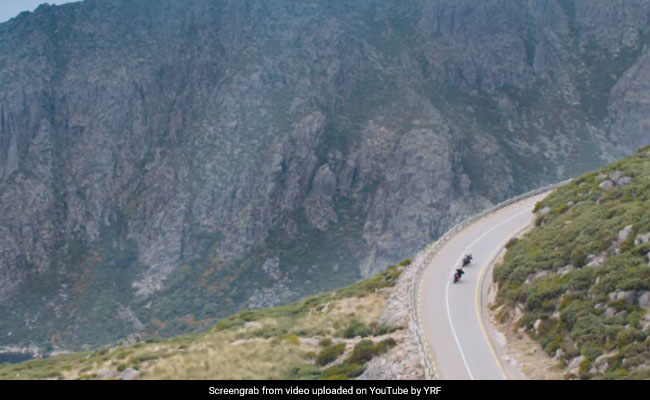 "For one big action chase sequence, they had to drive superbikes at high speed on top of the highest mountain range in Portugal called Serra da Estrela."

"It's a visually stunning sequence at par with all big action films of Hollywood. Hrithik and Tiger took all necessary training to ride these super-fast bikes and they pulled off the sequence with elan," director Siddharth Anand said in a statement.

War is "an adrenaline-pumping action film that will keep you on the edge of your seats with its action sequences", Anand added.

"As our title suggests, Hrithik and Tiger wage a war against each other and they are constant, massive showdowns between the two," he said.

War is set to be a visual spectacle for quintessential action cinema lovers as they would witness Hrithik and Tiger pull off jaw-dropping sequences as they try to beat each other.

Produced by Yash Raj Films, the high-octane film that also stars Vaani Kapoor opposite Hrithik Roshan is set to release in Hindi, Tamil and Telugu.

The film is scheduled to release on October 2.

(Except for the headline, this story has not been edited by NDTV staff and is published from a syndicated feed.)
Comments
hrithik roshantiger shroff