Kareena Kapoor, who stars in Veere Di Wedding, said: "Yes, we (women) can do both" 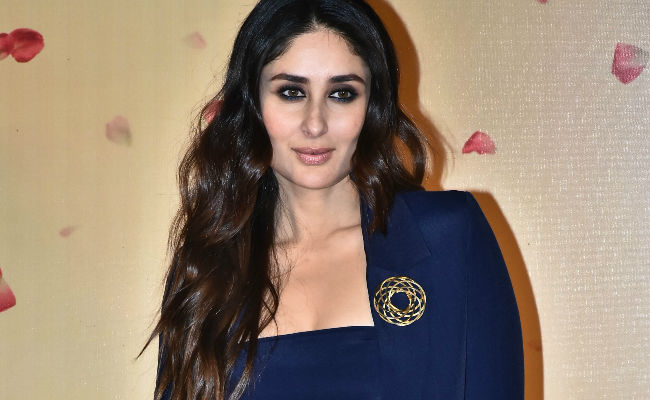 Kareena Kapoor at an event in Mumbai.

New Delhi: Kareena Kapoor says she is "lucky" to have an "understanding husband" like Saif Ali Khan, who told her to continue working after her pregnancy. Kareena was speaking at the event to launch the trailer of Veere Di Wedding, her first film after her son Taimur's birth. "I am so lucky to have a husband who is so understanding. He told me to go to the gym and go back to the studio and take my son along to set an example. Yes, we (women) can do both," news agency IANS quoted Kareena as saying. At the event Kareena also revealed that she got pregnant after signing Veere Di Wedding and producer Rhea Kapoor wanted to tweak her character Kalindi's graph to incorporate Kareena's pregnancy. But they decided to wait instead.

"I got pregnant after signing the film, so I told Rhea about it and that they need to take someone else. As a producer, she stood by me. She decided to change the character to be pregnant. But then I told them that I can't do this. However, it was Rhea's conviction that she said, 'Let's just wait for some time'," Kareena said.

Veere Di Wedding, which also stars Sonam Kapoor, Swara Bhasker and Shikha Talsania, is expected to release on June 1. Kareena said: "Right now I want this movie to release. I wanted to be a part of (this film) and I am happy about it. I haven't thought about what I'm going to do next. Let's see, Taimur is just 16 months old. So I want to spend more time with him."

And here's a promise Kareena made: "After the release of this film, I will take three months' time to decide my next project. But I promise to do at least one or two films a year."

Promoted
Listen to the latest songs, only on JioSaavn.com
P.S.: Kareena hasn't signed Salute, an upcoming biopic on astronaut Rakesh Sharma. She said she'll formally announce her project whenever it is finalised.