This Pic Of Mira Rajput And Shahid Kapoor Is Pure Love. No Caption Needed 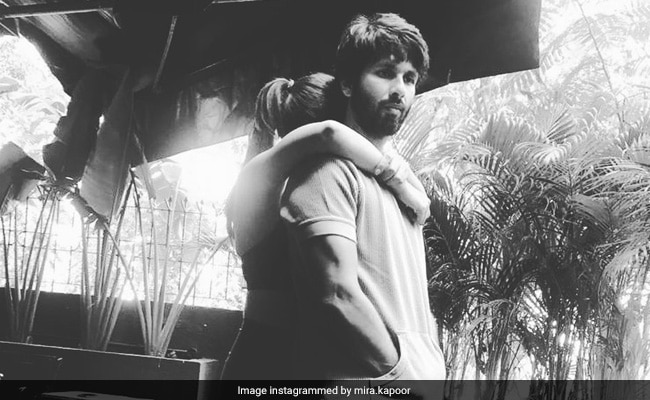 Just when we were starting to miss Shahid Kapoor and Mira Rajput's social media PDA, Mira shared a million-dollar picture on her Instagram profile on Sunday afternoon. Mira posted a greyscale picture, in which she can be seen embracing her husband and Bollywood actor Shahid Kapoor. In the photograph, both Mira and Shahid can be seen dressed in casual outfits. Mira posted the adorable photograph sans caption. As of now, Shahid has not reacted to Mira's post but we would love to see his response to the post.

Here are some more lovely pictures of the couple, shared on social media:

Mira Rajput married Shahid Kapoor in 2015. The couple are parents to a daughter named Misha and a son named Zain. Mira made her acting debut in a TV commercial in 2018 while Shahid Kapoor was last seen in the 2019 super hit film Kabir Singh, co-starring Kiara Advani, which was a remake of the Sandeep Reddy Vanga-directed Telugu film Arjun Reddy.