But everything is "cool now." Priyanka Chopra has gelled well Nick Jonas' family 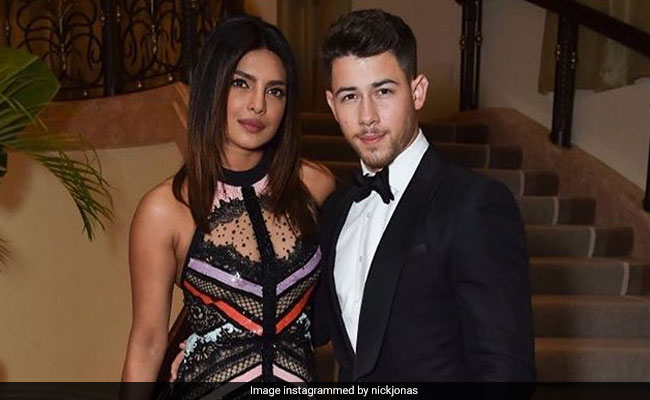 Priyanka Chopra gelled with husband Nick Jonas' family instantly, well, almost, according to Kevin Jonas. Speaking on talk show The Late Late Show With James Corden, Kevin, the eldest of the three brothers, said that his daughter Valentina was initially reluctant to accept Priyanka. "They definitely do (connect) now... but at first it was all rough going. My youngest daughter Valentina, she is very connected to Nick. The day when she met Priyanka, she put her hand around his shoulder, every time her hand would go around Valentina, she would just push it off," Kevin Jonas told host James Corden and added, "And this just became an ongoing joke... but they're cool."

To this, Nick Jonas laughed and said, "That funny."

Here's a pretty picture of Nick Jonas and Valentina:

The Jonas Brothers were on The Late Late Show With James Corden to promote their latest track Sucker, which brought the trio together six years after they disbanded. Sucker, which released last week has been on the list of trends for several days. The video of Sucker was quite a family affair as Nick Jonas starred with Priyanka Chopra, Kevin with wife Danielle and Joe with his fiancée Sophie Turner (Games Of Thrones).

Watch the video of Sucker here:

Priyanka Chopra and Nick Jonas have been married for almost three months. The couple spent their first Christmas after marriage with the family in London, which was followed by a holiday in Switzerland.

On the work front, Priyanka Chopra was last seen in Isn't It Romantic? and her upcoming film is A Sky Is Pink, directed by Shonali Bose. Nick Jonas has signed up for the sequel to Jumanji: Welcome To The Jungle.