The Pic Shefali Shah Submitted For An Airline Job. This Mirzapur Actress Had Applied Too

"Why were we all sold the air hostess dream," the Mirzapur actress commented on Shefali Shah's post 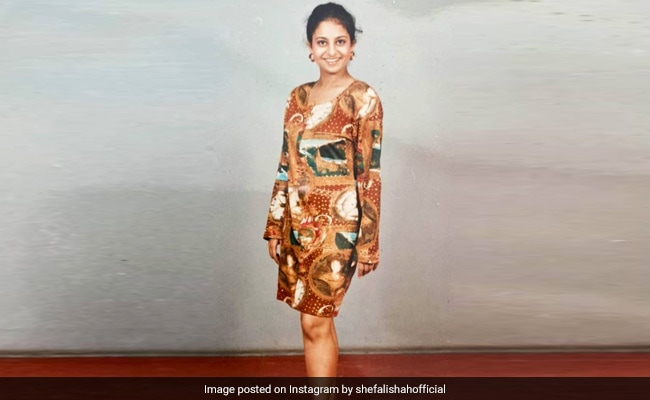 Delhi Crime actress  Shefali Shah shared a throwback on her Instagram profile on Friday and she revealed that she used the picture to apply for an airline job. The 48-year-old actress captioned the post: "The picture I'd submitted for the Cathay pacific application. I got rejected. #FlashbackFriday." In the comments section of her post, Mirzapur actress Isha Talwar revealed that she too had applied for the job and she got "rejected" just like Shefali Shah. "I applied too and got rejected then they called me a year later and I rejected them. Why were we all sold the air hostess dream! Anyway," read Isha Talwar's comment.

Shefali Shah'sThe Last Lear co-star Divya Dutta wrote: "Alley mere baby! Our gain." Sandhya Mridul commented: "Whaaat did not know! I got accepted but didn't and didn't take it and well here we are." An Instagram user commented: "Thank God you got rejected! Look how you're flying now." Another fan wrote: "Truly their loss, you have proved you don't need an airline job to fly high... More power to you."

Shefali Shah famously starred in Netflix's Delhi Crime, which won the best Drama Series at last year's International Emmys. She starred as DCP Vartika Chaturvedi in the show. In an interview with news agency PTI, Shefali Shah described the show as a "turning point" of her life. She said, "Delhi Crime is easily the turning point of my life, my career. It's been my learning curve. It has really changed things for me, even as a person. Just all of it together."

The actress is also known for starring in films like 15 Park Avenue, Karthik Calling Karthik, Dil Dhadakne Do and Commando 2 among others.