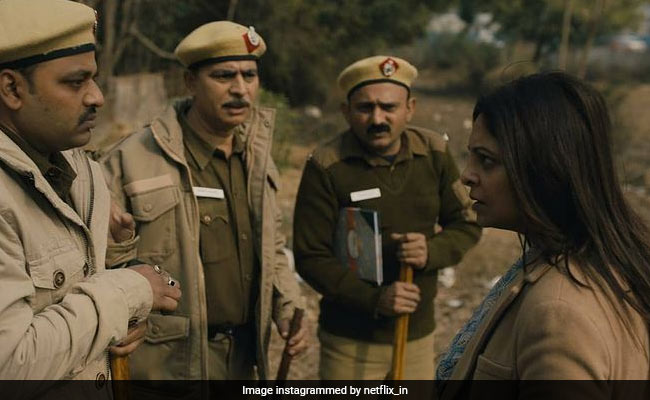 Shefali Shah in a still from Delhi Crime. (courtesy netflix_in)

After Netflix's Delhi Crime won the best Drama Series at this year's International Emmys, the show occupied a spot on the list of trends across all social media platforms. Congratulatory messages started pouring in instantly for the Shefali Shah-led show.  Bollywood star Vidya Balan, on her Instagram story, wrote this: "Hooray! Congratulations Shefali Shah, Richie Mehta and team Delhi Crime on the International Emmys for the Best Drama Series. So richly deserved." Filmmaker Zoya Akhtar, who worked with Shefali Shah in the 2015 film Dil Dhadakne Do, congratulated her with these words: "India just won its first Emmy. Congratulations Richie Mehta, Kilian Kerwin and Shefali Shah and thank you Netflix." In the comments section of Shefali Shah's post, Hrithik Roshan wrote: "Wow, wow, wow. Well deserved !" 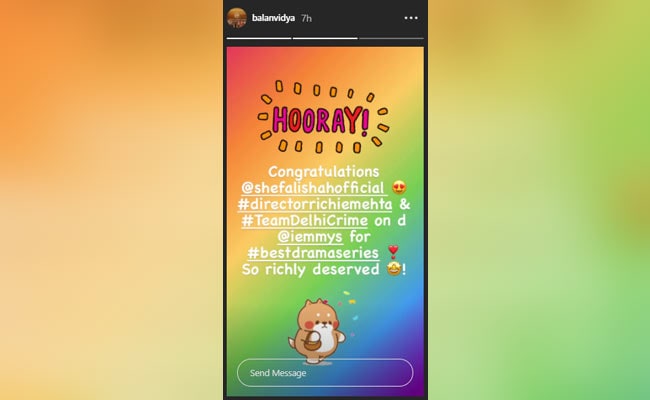 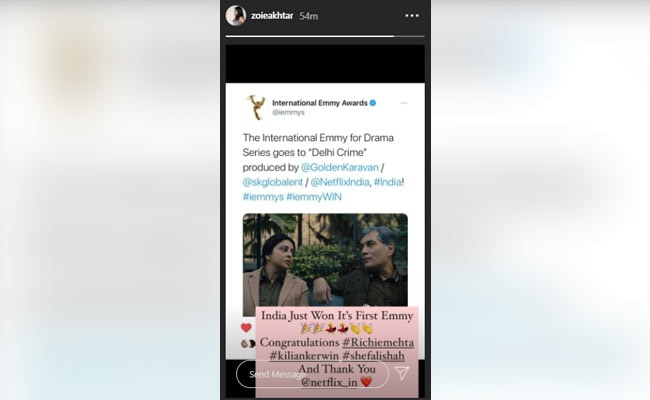 Arjun Mathur, who was nominated for this year's Best Actor category at the International Emmys, for his role in Zoya Akhtar's web-series Made In Heaven, wrote: "A deep thank you for the endless rivers of love and support that has flowed my way over the last two months. That was a lot of fun. Thank you for the nominations and the experience. Congratulations to the winner and a huge one to the supremely deserving team behind Delhi Crime. Shefali Shah and Rasika Duggal, thank you for making us proud." 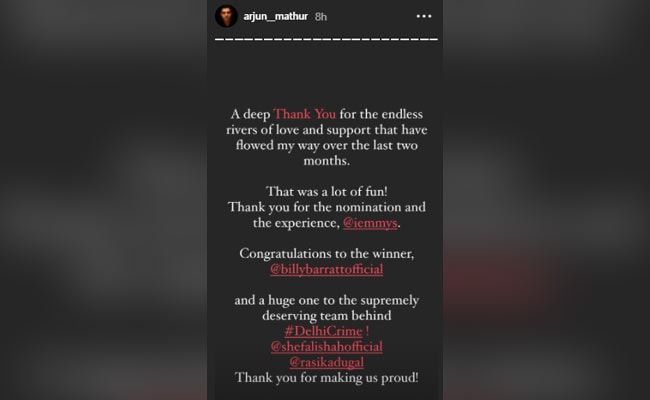 Kubbra Sait, who was one of the attendees at last year's ceremony, courtesy Sacred Games, wrote: "Holy Moly! Congratulations to every breathing, living, loving person on Delhi Crime." 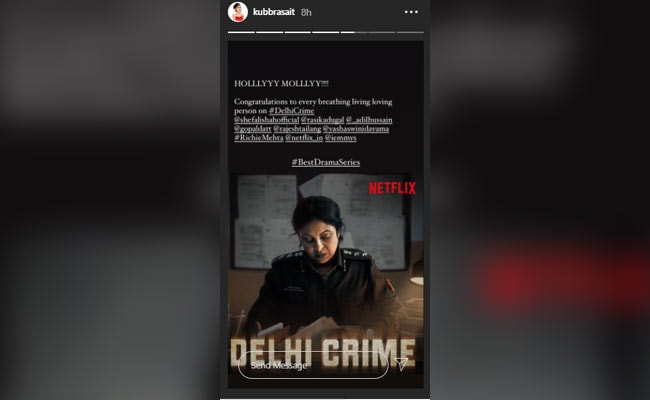 Adil Hussain, who starred in Delhi Crime, tweeted this:

Shefali Shah, who starred as DCP Vartika Chaturvedi in the show, posted a snippet from the virtual ceremony and she wrote: "OMG, OMG, OMG."

Delhi Crime, featuring Shefali Shah, Rasika Dugal, Adil Hussain, Rajesh Tailang, Vinod Sherawat, is a crime drama, which brings to life the story of a Deputy Commissioner of Police, who is tasked with finding those responsible for the horrific 2012 Delhi gang-rape and murder.

Besides Delhi Crime, Made In Heaven star Arjun Mathur was nominated in the Best Actor category, while Four More Shots Please was a nominee in the Best Comedy series category.