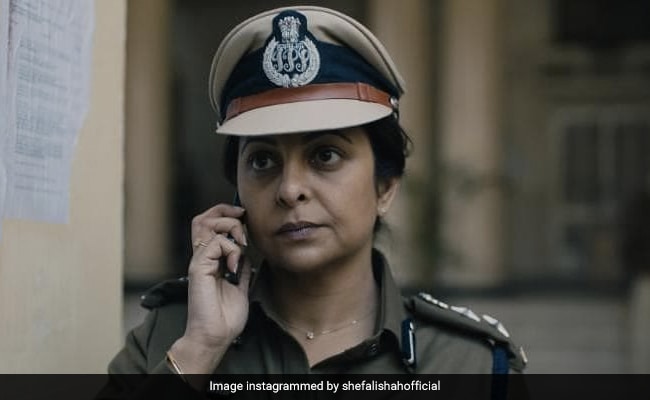 It's a great moment for team Delhi Crime - the web-series won the Best Drama Series award at the 48th International Emmys on Monday. Delhi Crime, a seven-part series written and directed by Richie Mehta, features Shefali Shah in the lead role and after the series' big win, the actress excitement spilled onto Instagram. Shefali plays the role of DCP Vartika Chaturvedi, who leads a thorough search for the culprits of the horrific 2012 Delhi gang-rape and murder, in the web-series. Sharing a snippet from the award show, which was held virtually due to the coronavirus pandemic, Shefali Shah wrote: "OMG, OMG, OMG." Delhi Crime is the first web-series from India to win an International Emmy Award.

The video, recorded by Shefali Shah, shows director Richie Mehta delivering a quick speech after winning the award. In the background, Shefali can be heard screaming "Oh my god" with joy.

Earlier on Monday, Shefali Shah shared a poster of Delhi Crime to show how she prepped for the awards. "Fingers, toes, intestines, crossed!" she wrote in the caption.

When Delhi Crime was nominated for the International Emmy Awards in September, Shefali Shah shared a still from the series and wrote: "Easily one of the most-richest experiences of my life. And the pride I feel just to be a part of it is indescribable. #DelhiCrime."

Prime Video's Four More Shots Please was also nominated for the Best Comedy Series at the 48th International Emmys while actor Arjun Mathur was up for the Best Actor award for his role in Made In Heaven.