Delhi Crime Is The Turning Point Of My Life, My Career: Shefali Shah

"What I can say is that it has been my most enriching and consuming experience ever," said Shefali Shah 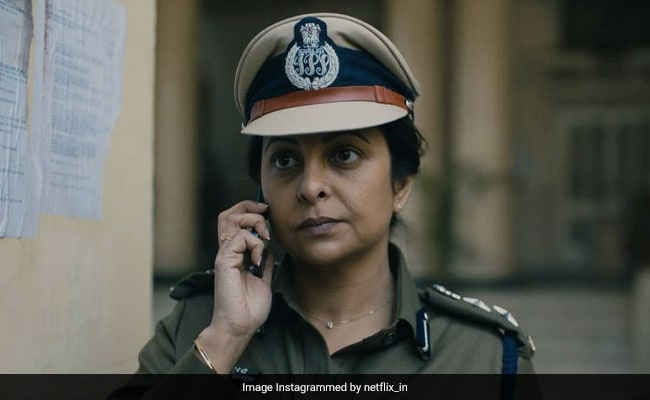 Shefali Shah in a still from Delhi Crime (courtesy netflix_in)

The win for Netflix's Delhi Crime at the International Emmy Awards will reinforce the credibility of talent from India, says the show's lead star Shefali Shah.

The show, directed by Richie Mehta, deconstructs the case of the 23-year-old physiotherapy intern who was abducted and gangraped in a moving bus on the night of December 16, 2012 before she was abandoned on a Delhi road.

In the series, Shah played Vartika Chaturvedi, a character that was based on former Delhi Police DCP Chaya Sharma who cracked the case of the brutal gang-rape within 72 hours.

The actor hoped that the show's popularity will lead to more opportunities for Indian artistes all over the world.

"I believe there is more recognition for Indian talent across the globe and it has been there for quite some time. But this is going to re-emphasise and reinforce the credibility of talent that comes out of here," Shah told PTI in an interview.

The actor said she was watching the ceremony live and couldn't stop screaming when the show won the award.

"I was watching it live and couldn't stop screaming. I was ecstatic and excited. I'm totally over the moon about it."

Upon its debut on streamer Netflix in March 2019, Delhi Crime had received massive acclaim for its sensitive retelling of the crime that shook the entire nation.

Shah said the show changed many things for her, both as an actor and as a person.

"'Delhi Crime' is easily the turning point of my life, my career. It's been my learning curve. It has really changed things for me, even as a person. Just all of it together," she added.

The 48-year-old actor said Delhi Crime was undoubtably the most challenging project of her career.

"It was not an easy show to do. We were talking about a real-life incident which every single person in the world with a human heart or the country was invested in and shaken to their core. It's a scar that is going to be there forever.

"What I can say is that it has been my most enriching and consuming experience ever," Shah added.

The International Emmy Awards are organised by the International Academy of Television Arts and Sciences (IATAS) in recognition to the best television programs produced and aired outside the United States.

The awards are presented in November every year.