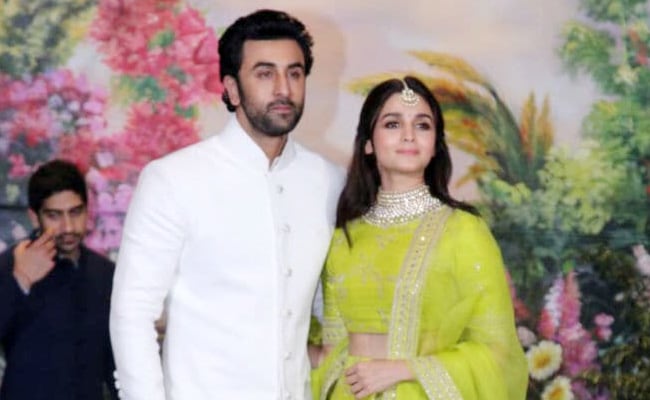 A proud Alia Bhatt, who attended the Guilty screening to cheer for her BFFs Akansha Ranjan Kapoor and Meghna Goyal, stole the limelight in the most unexpected way. The actress was photographed clutching her phone and her fans couldn't help but notice one tiny detail - her phone's wallpaper. A section of the Internet thought that Ranbir Kapoor featured with Alia on the wallpaper of the actress' phone. Comments like "Ranalia," "is that Ranbir Kapoor? Oh my God" and "this is so adorable" were seen on several posts that were shared by Alia Bhatt's fan pages on Instagram.

Do you see what I see? Swipe left to know.. This literally the cutest but wanna see the picture is she looking into his eyes or they are kissing?? Btw the best!! I wanna see a vlog or an Interview on WHAT'S IN MY PHONE? with Alia Bhatt.. Drop a "" if u agree with me in the comment section below. . . . . . #aliabhatt #saraalikhan #salmankhan #takht #ranbirkapoor #ranlia #akshaykumar #amirkhan #kareenakapoor #hrithikroshan #jhanvikapoor #varia #varundhawan #katrinakaif #deepikapadukone #aliaabhatt #aliabhattfc #kartikaryan #aliabhattfans #shahidkapoor #vickykaushal #ranbiralia #anushkasharma #viratkohli #ranveersingh #shraddhakapoor #tigershroff #ananyapandey #sharukhkhan

Rumours about Alia Bhatt and Ranbir Kapoor's romance began after the couple made an appearance together at Sonam Kapoor and Anand Ahuja's wedding reception. The actors recently featured in a TV commercial together and they will be seen sharing screen space in Ayan Mukerji's Brahmastra, which is slated to release on December 4, this year. The film also stars Amitabh Bachchan, Dimple Kapadia, Mouni Roy and Akkineni Nagarjuna.

On the work front, Alia Bhatt was last seen in the period drama Kalank. The actress has Ayan Mukerji's fantasy trilogy Brahmastra, co-starring Ranbir Kapoor and Amitabh Bachchan, SS Rajamouli's RRR and Mahesh Bhatt's Sadak 2, in the pipeline. The actress is currently busy with the shooting of her forthcoming film Gangubai Kathiawadi, which is being directed by Sanjay Leela Bhansali.

On the work front, Ranbir Kapoor was last seen in the 2018 film Sanju (Bollywood actor Sanjay Dutt's biopic). The actor will also be seen in Shamshera, co-starring Vaani Kapoor and Sanjay Dutt.