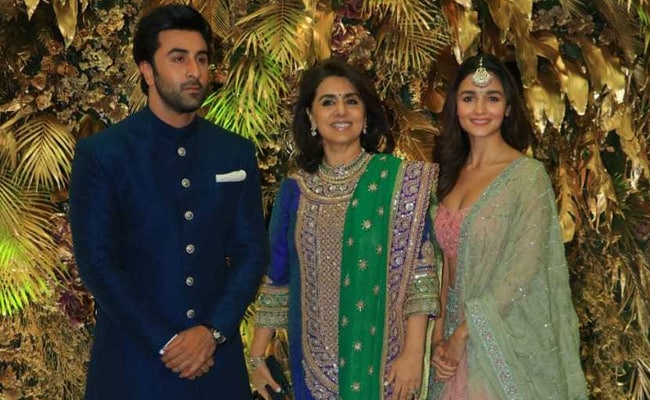 Guess who accompanied Ranbir Kapoor to his cousin Armaan Jain's wedding reception in Mumbai on Tuesday night? The actor was accompanied by his mother Neetu Kapoor and his rumoured girlfriend Alia Bhatt. Ranbir, who missed the wedding because he had reportedly gone to meet his father Rishi Kapoor in Delhi, made up for it by making a power-packed appearance with the two special women in his life. The trio happily posed for the shutterbugs. Ranbir wore a kurta-pajama set. Neetu Kapoor wore a traditional green and blue outfit, while Alia looked pretty in a dual-toned pastel lehenga. 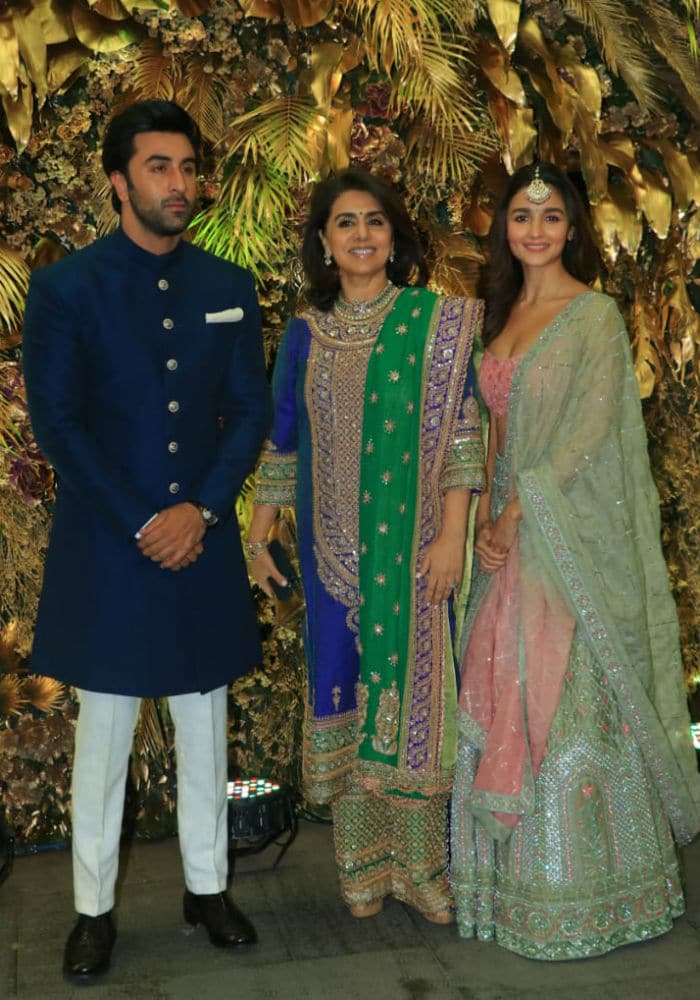 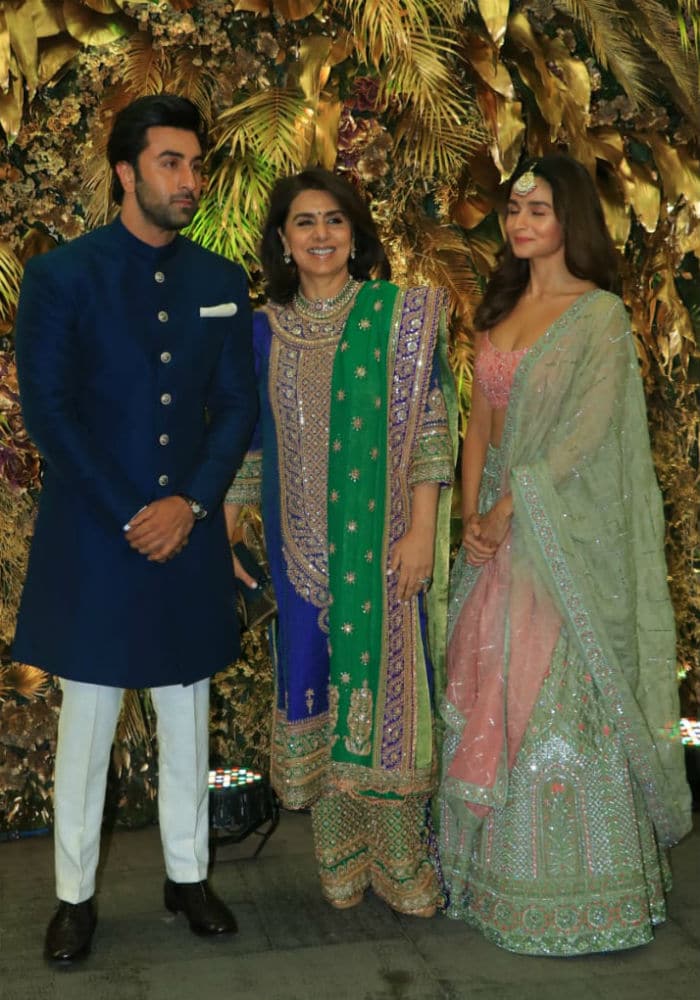 Ranbir with Neetu Kapoor and Alia. Ranbir, Neetu Kapoor and Alia Bhatt were all smiles.

Rishi Kapoor couldn't make it to Armaan Jain's wedding festivities because the actor was hospitalised in Delhi, after he caught an infection because of pollution. The actor tweeted on Tuesday, "I have been overwhelmed by all your concern about my health. Thank you. I have been filming in Delhi past 18 days and because of the pollution and my, I caught an infection whereby I had to be hospitalized."

Dear family,friends,foes and followers. I have been overwhelmed by all your concern about my health.Thank you. I have been filming in Delhi past 18 days and because of the Pollution and my low count of neutrophils, I caught an infection whereby I had to be hospitalized. (1).....

After Alia and Ranbir's Filmfare Award wins last year, Neetu Kapoor's excitement spilled on to Instagram when she dedicated a message to the couple and wrote: "And moments like these make you forget all the stress. Congratulations so proud and happy." ICYMI, this is the post we are talking about.

Rumours about Alia Bhatt and Ranbir Kapoor's romance began after the couple made an appearance together at Sonam Kapoor and Anand Ahuja's wedding reception. The actors recently featured in a TV commercial together and they will be seen sharing screen space in Ayan Mukerji's Brahmastra, which is slated to release on December 4, this year. The film also stars Amitabh Bachchan, Dimple Kapadia, Mouni Roy and Akkineni Nagarjuna.