At Guilty Screening, Alia Bhatt's Day Was Made By Her 2 Best Friends

Guilty is slated to release in Netflix on March 6 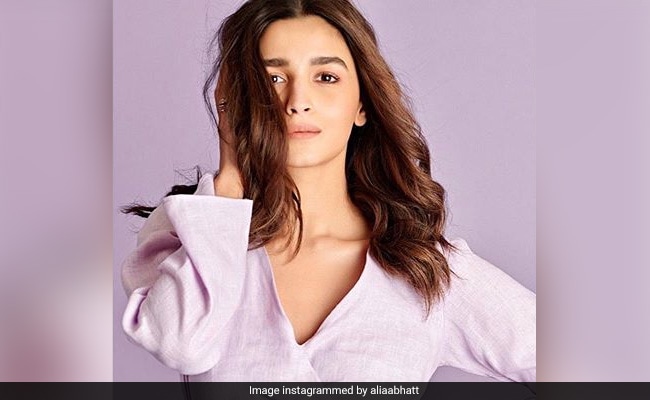 Alia Bhatt gave us a glimpse of her "best day" in a post on Instagram, on Wednesday. She attended the screening of her best friend Akansha Ranjan Kapoor's debut movie Guilty. The other reason why she described it as her "best day" is because she wore an outfit designed by her friend Meghna Goyal. The actress posted a picture of herself on her Instagram profile on Thursday, where she can be seen posing in a soft pink outfit. Sharing the picture, she wrote, "Today is the best day. I am attending the premiere of my best friend's first movie while wearing a brand created by my other best friend. Today is truly the best day."

Today is the best day!!I am attending the premiere of my best friends first movie, while wearing a brand created by my other best friend! TODAY is truly the best day @summersomewhereshop @akansharanjankapoot @meghnagoyal

Alia Bhatt also shared a story on her Instagram profile on Thursday, where she gave us a sneak peak of the screening of Guilty, featuring the film's poster. She wrote, "So proud of my baby girl Akanksha Ranjan Kapoor. I can't believe this is your first film. Kiara Advani, you are a star. Blown away by your performance. Gurfateh Singh Pirzada, what are you even made of? How can you be so good? Also the whole team of Guilty, you guys were just fabulous. Guys, Guilty is out on Netflix on March 6. Go, watch and love." 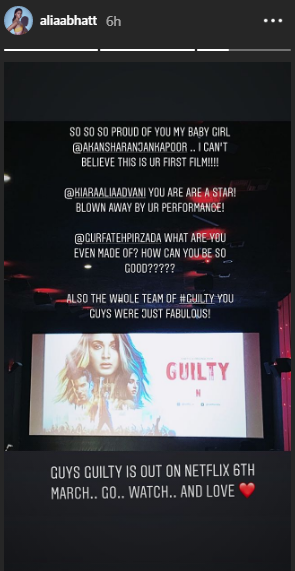 Screenshot of the Instagram story posted by Alia Bhatt.

Last year, Alia's birthday wish to Akansha had a hint of throwback. Have a look at the post :

happy birthday my everything

Alia and Akansha are childhood friends. They frequently appear on each other's Instagram profiles. Have a look :

Did I jus say that out loud?

I'll be there for youuuu.. Happy OUR day

Alia posed with Akansha at the screening of Guilty. Akansha plays the role of Tanu in the film. 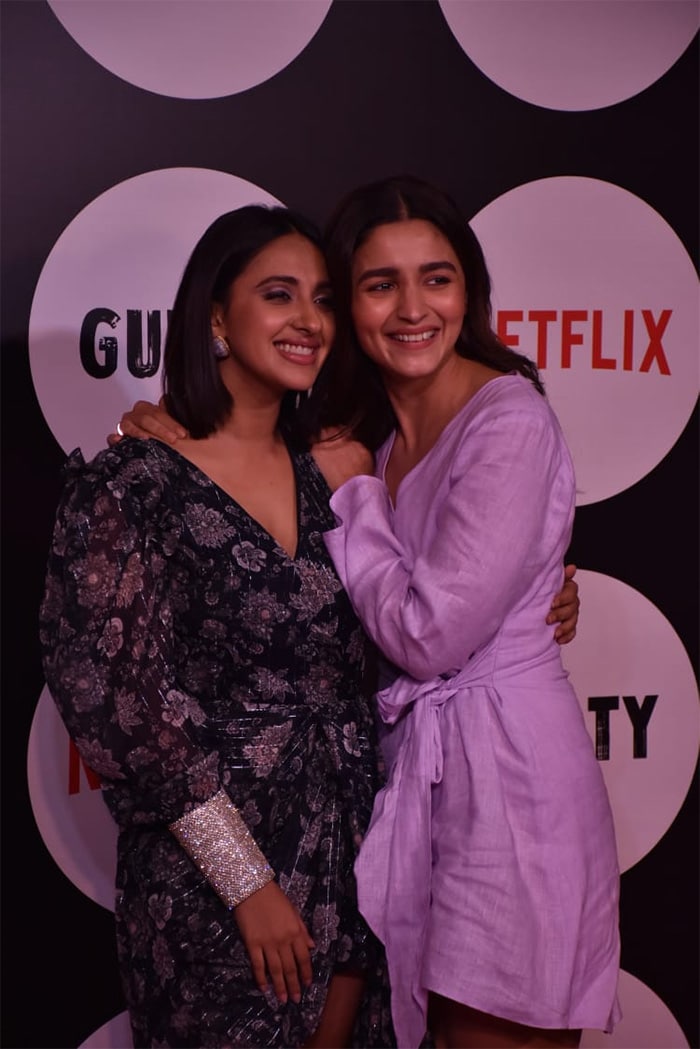 Alia Bhatt and Akansha Ranjan Kapoor at the screening of Guilty.