Taapsee Pannu: 'Half Of The Leading Hero's Salary Is The Entire Budget Of A Female-Driven Film'

"I hope it changes in my lifetime. That can happen when more and more people walk into a female-driven film in theatres," said Taapsee Pannu 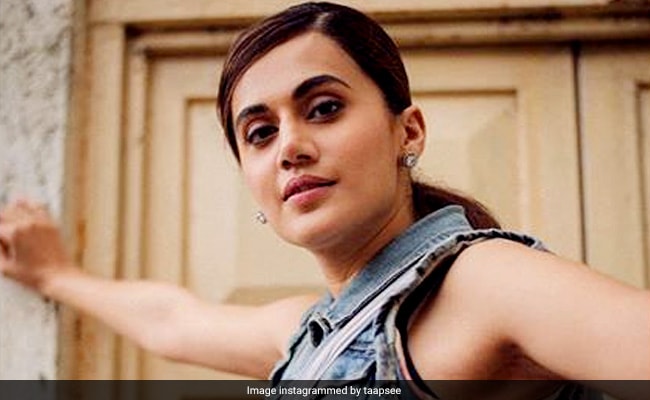 Taapsee, who has worked in critically acclaimed films such as Badla, Baby and Saand Ki Aankh, said that the box office success of female-driven films is the only way to end the gender pay gap in the film industry. "I hope it changes in my lifetime. That can happen when more and more people walk into a female-driven film in theatres. Only box-office can change this. Yes, women-driven films have increased drastically over the last four to five years but the big difference will happen when the (box-office) numbers come in. There is no other way," she said, reported IANS.

Taapsee Pannu, who made her acting debut with the 2010 Telugu film Jhummandi Naadam, is known for her brilliant performances in Hindi, Telugu, Tamil and Malayalam films such as Aadukalam, Vastadu Naa Raju, Mr. Perfect, Arrambam, Pink, Game Over, Naam Shabana, Mulk and Mission Mangal.

On the work front, Taapsee Pannu was last seen in Prakash Jha's Saand Ki Aankh, in which she co-starred with Bhumi Pednekar. The film is based on the lives of "Shooter Dadis"- Chandro Tomar (86) and Prakashi Tomar (82).