Saand Ki Aankh Movie Review: It isn't easy playing 60 when you are 30. Taapsee and Bhumi work hard to rise above the downsides 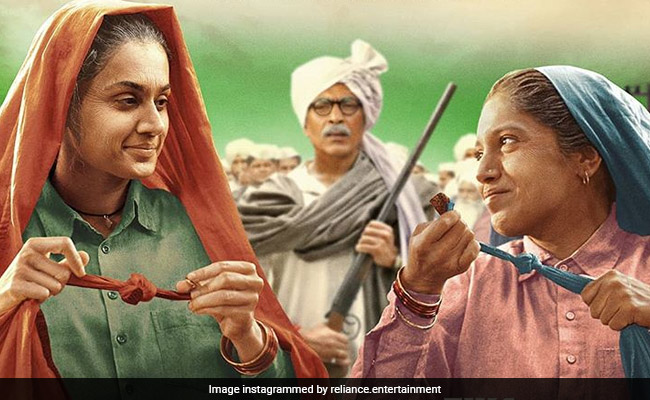 Helmed by Tushar Hiranandani, scripted by Balwinder Singh Janjua, co-produced by Anurag Kashyap, edited by Devendra Murdeshwar and lensed by Sudhakar Reddy Yakkanti, Saand Ki Aankh is a uncompromisingly women-centric film made by a team composed predominantly of men. But that isn't the only reason why it is a bit of a marvel. More important, it shows up overheated Bollywood dramas about women battling gender prejudice as well as bloated biopics that seek to celebrate female mould-breakers.

To be sure, Saand Ki Aankh is a conventional underdog drama. It isn't the most subtle sports film you have ever seen nor is it the most crisply cut. Portions of the film could have been easily done away with without undermining the impact of its substance and message. But Saand Ki Aankh is of a timbre that instantly sets it apart from run-of-the-mill feminist stories. 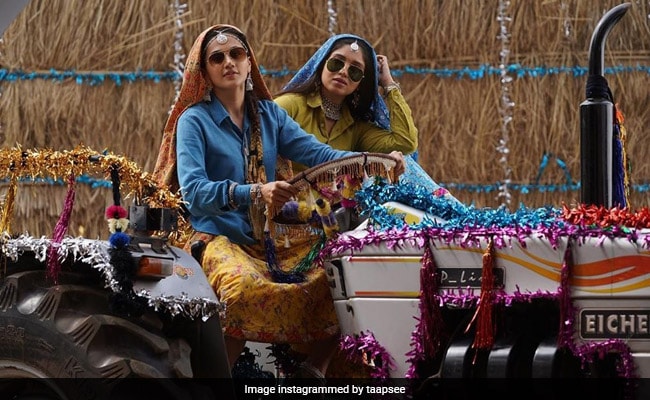 The film blends dollops of infectious vitality with occasional thought-inducing pauses to narrate a rousing true story of two pathbreaking grandmothers who, two decades ago in the boondocks of Uttar Pradesh, dared to break free from the shackles of patriarchy and rise to prominence in a male-dominated sport.

Like its plucky sexagenarian protagonists, Saand Ki Aankh shoots straight and sharp. It has a pointed quality that saws off most of the rough edges that such sagas coming out of Mumbai and other Indian film production centres tend to acquire because they work with convenient binaries and facile divides to squeeze high-pitched drama out of the clash between daunting societal odds and irrepressible individual dreams, and between the might of the persecutor and the doggedness of the suppressed.

Not everything that Saand Ki Aankh serves up hits bull's-eye, but taken as a whole the film comes close enough to the mark to be regarded as a success. We may carp about Bhumi Pednekar and Taapsee Pannu being cast as 60-something women, but it is undeniable that the two actresses give their respective roles their best shot and come up with performances that cannot be faulted for lack of effort. The duo shares crackling chemistry on account of playing to their strengths and shrugging off the obvious disadvantages they are saddled with. The prosthetics are uneven, the make-up is spotty, and their body language inevitably inconsistent. It isn't easy playing 60 when you are 30. They work hard to rise above the downsides and manage to get us to look away from the minuses, pay attention to the battles their characters fight against the men, at home and in the shooting range, and make us marvel at their incredible gumption and guts.

This is a story that matters and it is told with the respect that it deserves. A little more restraint, a tighter edit and better target selection might have made all the difference and turned Saand Ki Aankh into the film that it had the potential to be. The blemishes are, however, only fleeting and do not cause permanent damage.

Imagine how tough it would have been in the late 1990s for sisters-in-law Chandro Tomar (Bhumi Pednekar) and Prakashi Tomar (Taapsee Pannu) to make the leap out of the drudgery of their miserable existence and usher in a revolution, all of it behind the backs of their husbands and brothers-in-law, led by one particularly overbearing specimen, village chief and family patriarch Rattan Singh Tomar (played with striking self-assurance by veteran filmmaker Prakash Jha).

The sheer magnitude of Chandro and Prakashi's feat is brought out in bold relief without the film having to resort to the standard tropes that we see in "women's empowerment" movies of the Padman and Mission Mangal variety - these films do more harm than good to the cause they espouse but rake in big bucks - where nothing stirs without the active involvement of a male superstar.

There is a supportive man here too, but Yashpal (Viineet Kumar Singh, the lead actor of that unparalleled, out-of-the-box boxing film, Mukkabaaz), who has the bright idea of setting up a makeshift rifle academy in Johri village, Baghpat district, Uttar Pradesh, isn't the driving force. He is only a catalyst. Chandro and Prakashi, who take up shooting in their 60s after having spent several decades working in the fields, bearing babies for their unthinking husbands, and performing never-ending household chores, forge their own destinies. 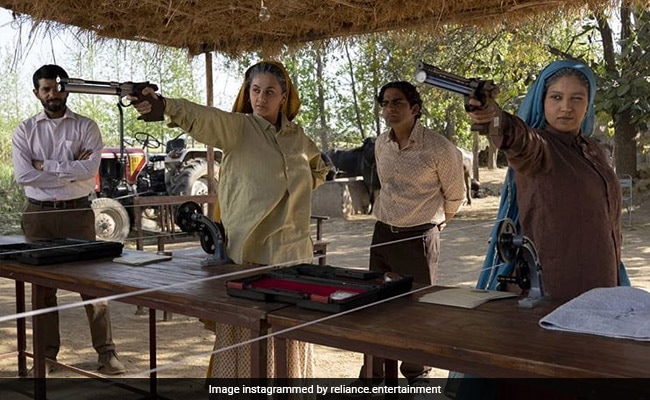 Their lehengas, loose shirts and ghunghats stick out in the shooting range, but when Chandro and Prakashi take aim they are better than the best. The narrator of the story is Chandro's granddaughter Shefali (Sara Arjun), now an international pistol shooter. It is the teenager's initial self-doubts that prompt the older woman to pick up the gun and teach her how a target is to be hit. Chandro's exceptional skills as a markswoman are instantly noticed and she quickly emerges as a shooting champ, an object of envy for her male competitors.

The shooter daadis keep the men at home in the dark, but when they begin to pass on their instinctive knowhow to the next generations in the family, including Prakashi's daughter Seema (Pritha Bakshi), now a trap shooter, the domineering patriarch and the other male custodians of family order throw a fit. But Chandro and Prakashi have their sights focused and deflecting them from their path is no longer possible. 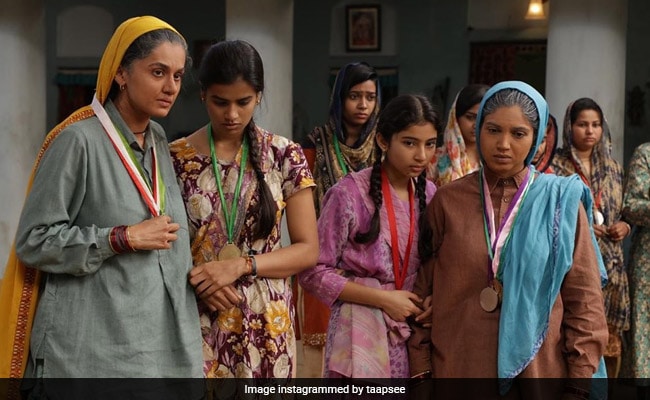 Chandro and Prakashi's story would have been dismissed as too fanciful if it hadn't happened in real life. The screenwriter and the debutant director - nothing that Hiranandani, writer of slapstick comedies such as Housefull, the Masti series and the Dhamaal series, has done so far could have prepared us for Saand Ki Aankh - do a great job of tapping into the tangible dimensions of the tale and blending it with dramatic flourishes and passages that play to the gallery, most of which work.

Barring a slip here and a blip there, Saand Ki Aankh is never less than credible while being true to the impulse to craft an entertaining real-life chronicle. More than your money's worth, it is a film that delivers food for thought and emotional stimulation in one go.