Taapsee Pannu On Why She Shops Only Outside India: 'Can't Walk Into A Mall And Try On Clothes Here'

"I love the fact that people really love me... But sometimes that line is blurred and you don't get enough space," said Taapsee 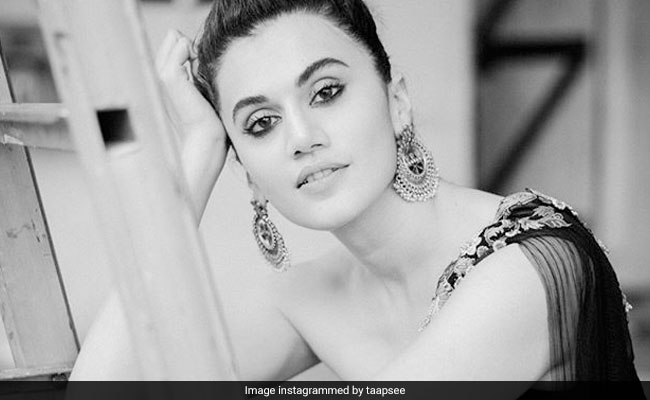 Mission Mangal actress Taapsee Pannu revealed in an interview with Hindustan Times that she only shops outside the country because she "can't walk into a mall and try on clothes" in India. Taapsee, who became a household name after her performance in the 2015 film Baby, says that her life has changed a lot after she became a public figure and now she "can't walk on the roads or visit cafes" with her friends like she used to. Talking about how she manages to do shopping being a celebrity, Taapsee told Hindustan Times: "I would love to walk into the mall and shop but it doesn't happen anymore. That's why I shop outside the country from high street brands. It's not like I go there to shop for a certain brand but the fact that I can't walk into a mall and try on clothes here, I do it outside the country."

Tapsee Pannu added that despite all the glamour that comes with the tag of being a celebrity, there are the pros and cons also. She said sometimes it's hard to handle enthusiastic fans, who invade her and her family's personal space. The actress, who was born and brought up in Delhi, said that the national capital is still her "adda" but she can't roam around freely anymore. "Not just I but even those with me get bothered. Of course, I love the fact that people really love me and that is what we work for. But sometimes that line is blurred and you don't get enough space. People still don't understand that no means no. It is bothersome when my family gets affected. They are not used to it and should not have to go through this," she told the publication.

When asked how she and her family manages to deal with her overexcited fans, Taapsee said her family is still trying to understand how to deal with the stardom. She added: "I tell my family to put their foot down and say no but they can't. They even try to be more understanding towards people but they are of a certain age now... They can't keep up as I do. I am the first person in my family who is a public figure. They are still trying to wrap their heads around this and understand how to deal with it."

Taapsee Pannu made her acting debut with the 2010 Telugu film Jhummandi Naadam. She has also worked in Hindi, Tamil and Malayalam films. Taapsee is best known for her work in movies such as Baby, Pink, Badla, Mission Mangal, Aadukalam, Vastadu Naa Raju and Mr. Perfect. The actress' lined-up films include Saand Ki Aankh, Laxmmi Bomb and Tadka.