Taapsee Pannu Explains What Her Amrita Pritam Tweet Was About

Taapsee Pannu quoted Amrita Pritam in a recent social media post, which lead to the reports of her playing the poetess in an upcoming film. 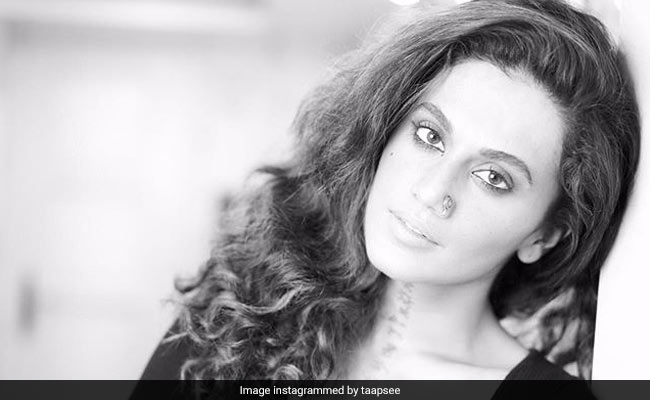 "It's sad that the majority don't bother to read and interpret my tweet efficiently enough. Nor connect it with what I posted just a day before the post on Amrita Pritam. It's sad that I have to spell it out so obviously to you," the actress exclusively told this journalist.

"When a man denies the power of women, he is denying his own subconscious "
- Amrita Pritam
Moving from one Amrita to the other.....
Main tenu pher milangi.... in theatres from 6th of March 2020 pic.twitter.com/c3R6tRtB5m

Taapsee, who recently signed a film where she plays a Gujarati sprinter, feels she would be far more open in admitting it if she were to really play Amrita Pritam.

"It's sad that people think I will write such a cryptic post if I am portraying that magnificent character on screen. So, sadly but honestly, the truth is Amrita is the name of my character in Anubhav Sinha's film Thappad and since her name has a certain connect with Amrita Pritam I used a quote that's written by her but reflects in my character Amrita's life in Anubhav Sir's film," she cleared the air.