"Our thought processes are in sync with one another," said Anubhav 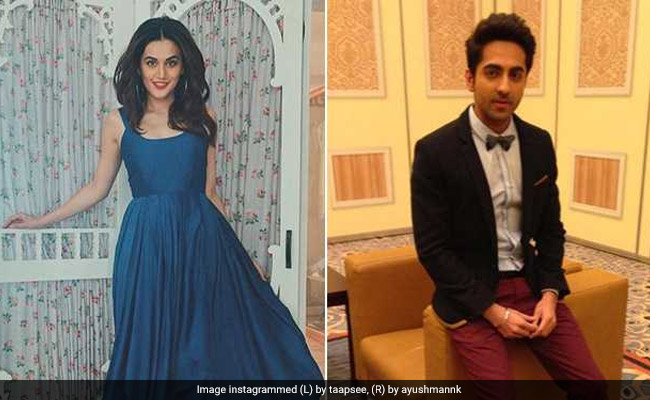 After delivering the critically-acclaimed and commercially-successful Article 15 starring Ayushmann Khurrana, filmmaker Anubhav Sinha is gearing up for his next movie with his Mulk actress Taapsee Pannu. Anubhav Sinha says he considers both these actors his favourites and he loves them dearly. "I am making a film with Taapsee next. We will start shooting next month. I have to mention that Taapsee and Ayushmann are my favourite actors - or stars, whatever you call them. I love them. Our thought processes are in sync with one another," Anubhav told news agency IANS. Asked if he is more interested in working with talented actors than stars, Anubhav promptly replied: "Show me an actor in the recent past who has five hits in a row? Ayushmann is a star and so is Taapsee!"

Article 15 released on June 28 and since then the film has not only received positive critical response but has also won over the audience, thereby collecting big box-office numbers.

How is Anubhav enjoying the taste of success?

"I love the reviews of my films and I love those critics. I have never got a good review in my life (before). It (good reviews) have only started (coming in) over the past one year. So, I am enjoying the good number of stars that critics are giving me, even as trend analysts discuss the box-office numbers of my films. I am happy," he said.

Making his debut as a Bollywood director in 2001 with Tum Bin, Anubhav went on to make films such as Dus and Ra.One before finding his groove in the hardhitting realism of Mulk and Article 15.

How is he planning to utilise this newfound stature as a filmmaker?

"I have a list of things I want to say through my films and I have started doing that. My thoughts seem to be connecting with the audience. I will continue to make films to express my thoughts that come from my observations, from the society we live in," answered Anubhav.

(Except for the headline, this story has not been edited by NDTV staff and is published from a syndicated feed.)
Comments
taapsee pannuayshmann khurranaanubhav sinha