"When singing your favourite line becomes more important than the set," wrote Ayushmann 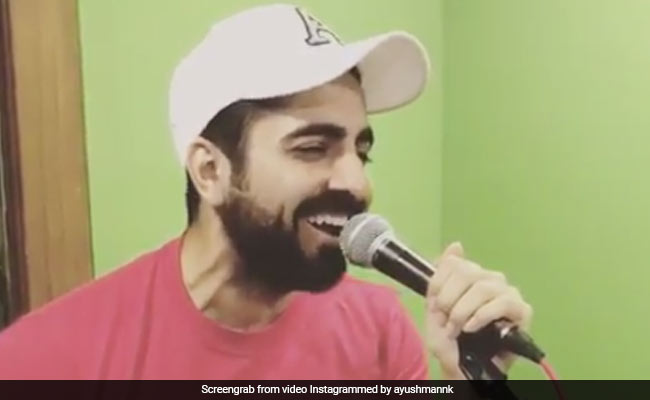 Ayushmann Khurrana's latest singing video will surely make your day. The actor-singer, who has marked his presence in Bollywood with his amazing acting skill as well as his melodious voice, can be seen singing the famous song from Shahid Kapoor's Kabir Singh, Bekhayali, in a video he posted as a story on his Instagram profile. Bekhayali, sung by Sachet Tandon, became a rage soon after its launch a while back, and from then, it has been covered by many singers and fans. Sharing the video, Ayushmann wrote: "When singing your favourite line becomes more important than the set." The video was later posted by a fanpage dedicated to Shahid. 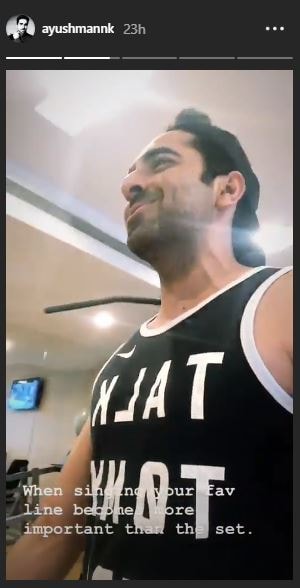 Shahid Kapoor's Kabir Singh is unstoppable at the box office. The film released on June 21. The film has collected over Rs 255 crore in its fourth week.

While Kabir Singh is a massive success at the box office, Ayushmann Khurrana's recently released film Article 15 is also performing well in theatres. The film managed to collect over Rs 55 crore at the box office, inching closer to the 60 crore mark.

Directed by Anubhav Sinha, Article 15 revolves around the story of a young IPS officer (played by Ayushmann Khurrana), who investigates the case of gang rape and murder of two Dalit girls despite the issues he face because of the strict caste system prevailing in the area. The film is based on Article 15 of the Indian constitution, which forbids discrimination on the basis of religion, caste, place of birth and others.

After Article 15, Ayushmann is prepping for his work-in-progress film Gulabo Sitabo, in which he will share screen space with Amitabh Bachchan. Gulabo Sitabo is being directed by Shoojit Sircar.