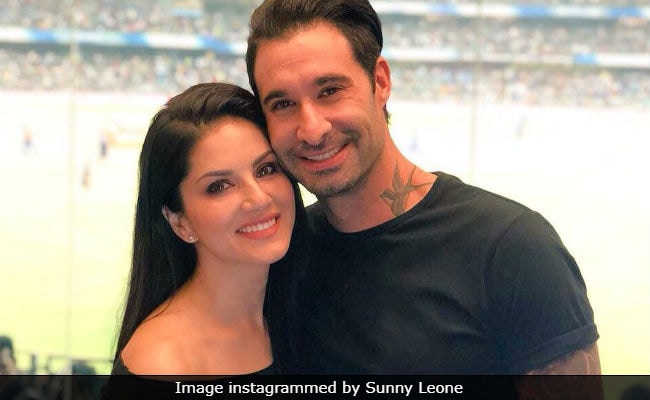 Actress Sunny Leone, who worked in adult films before turning to Bollywood, told Humans Of Bombay that when her husband Daniel Weber was "not comfortable" with her making adult films with other actors, he cast himself in her projects. "He's been so considerate and supportive. In fact, because he wasn't comfortable with me working with other men in my adult films, he started working with me and then we started our own company," read an excerpt from her post for Humans Of Bombay. In the post, Sunny Leone also described her and Daniel Weber's love story in details - it is perfect for a romantic film's plot complete with a romantic first date leading up to a dreamy proposal.

"He says it was love at first sight, not for me though... Coincidentally, I was going to New York, where he lived... when he emailed me saying, 'You're never going to give me your number, are you?' Which is when I gave in and he asked me out. I was late for our first date. But like a gentleman, he waited patiently. When I finally reached and we started talking -- there was the violin moment. The whole restaurant disappeared and it was just him and me. We talked for 3 hours non-stop... it was like I'd known him forever," said Sunny Leone.

After a long courtship, Daniel proposed to Sunny Leone: "I remember how it happened like it was yesterday. I was looking around for a box to put my ring in. Randomly, he gave me this beautiful mahogany box which he had made. It said, 'with love, Daniel.' I was so excited with the box when he just casually said, 'I also have another ring for you!' YES!! I was jumping -- how could I not? The proposal was so simple and quiet -- exactly how I wanted it."

Sunny Leone and Daniel Weber have been married for seven years and they are parents to two-year-old Nisha and twin boys Noah and Asher. They adopted Nisha from an orphanage in Latur in July 2017 while Noah and Asher were born via surrogacy in March 2018.