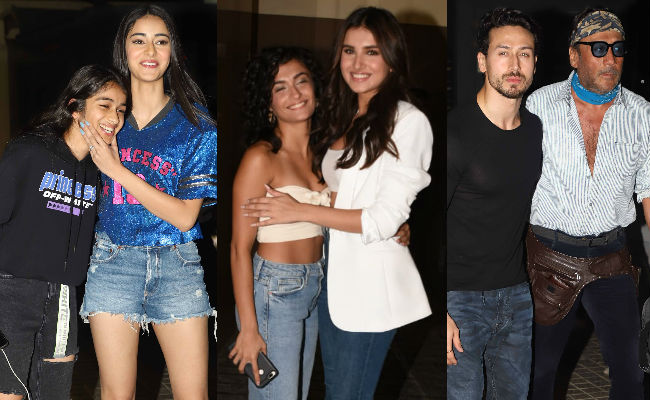 Students Tiger Shroff, Ananya Panday and Tara Sutaria are all set to present their latest project to the world come May 10 but before that they invited family and friends for a preview show of their soon-to-release film Student Of The Year 2. On Tuesday evening, Ananya watched the film with her parents Bhavana and Chunky Panday, and her sister Rysa. Tiger's parents Ayesha and Jackie Shroff also joined their son while Tara's plus one was her sister Pia Sutaria. Apart from their respective family members, the Student trio watched the film with their co-star Sameer Soni and director Punit Malhotra. Take a look at who all attended the screening of Student Of The Year 2.

Ananya Panday, dressed in a sequinned jersey top and hot pants, posed with her sister Rysa, who sported a rather casual look. Chunky Panday and Bhavana looked thrilled at the screening of their daughter's debut film. 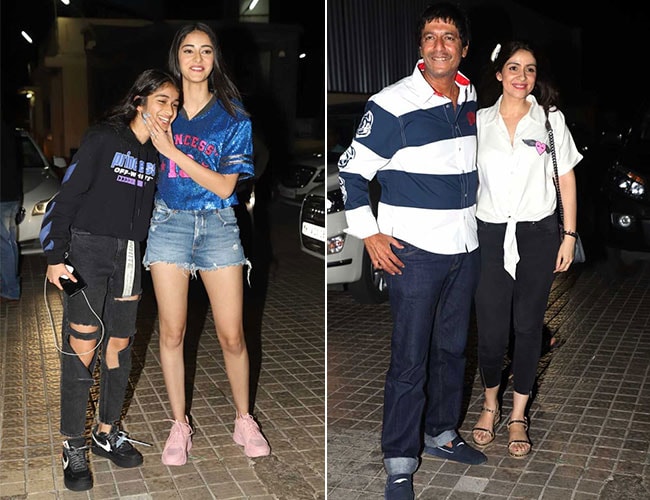 Tiger Shroff stopped to pose with his father Jackie Shroff, who looked bindaas as ever. Tiger's mother Ayesha Shroff also invited her friend designer Ana Singh to the screening. 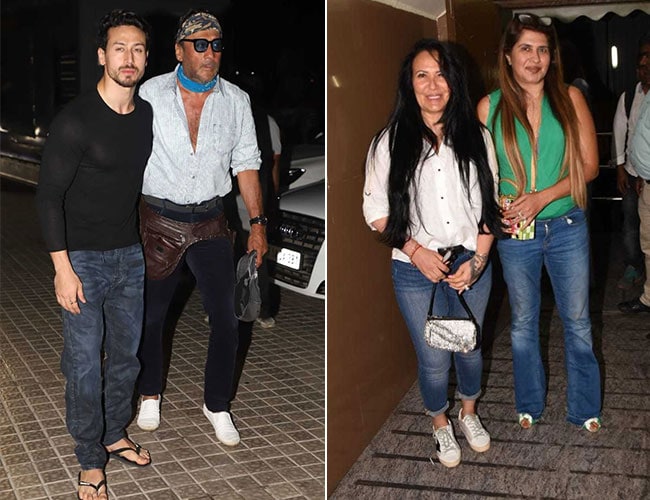 And here's Tara Sutaria with her sister Pia, who is a professional ballet dancer. Tara Sutaria opted for a classic white and blue combo. Pia paired her denims with a white tube top. 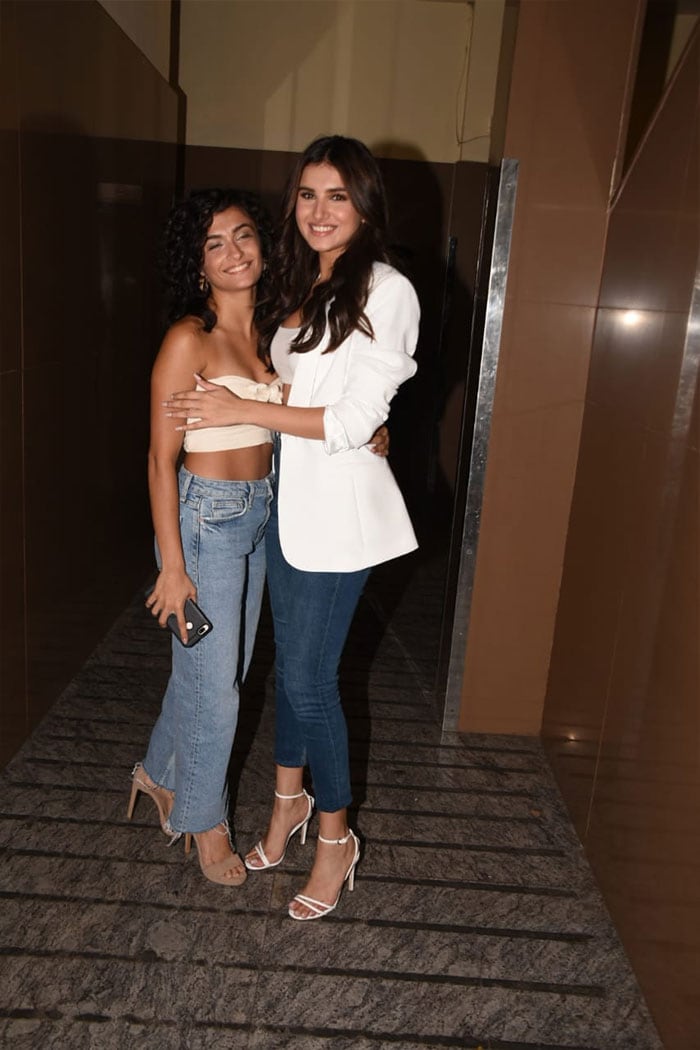 Student Of The Year 2 director arrived solo while actor Sameer Soni, who plays the principal of St Teresa in the film, was accompanied by his wife Neelam Kothari. Actress Manasi Joshi Roy also joined them. Actor Aditya Seal arrived with his rumoured girlfriend Anushka Ranjan. 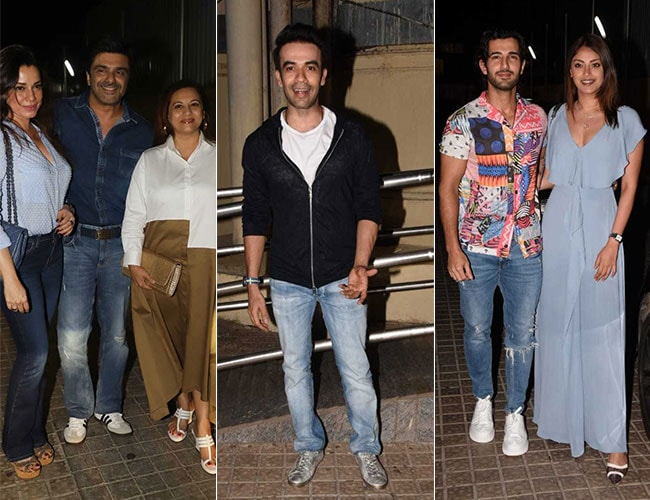 Student Of The Year 2 is produced by Karan Johar, who directed the first film of the series, which launched Alia Bhatt, Varun Dhawan and Sidharth Malhotra in Bollywood.

student of the year 2ananya panday