"He never changed because of his successes and failures, so I want to be like that," said Ananya on her father 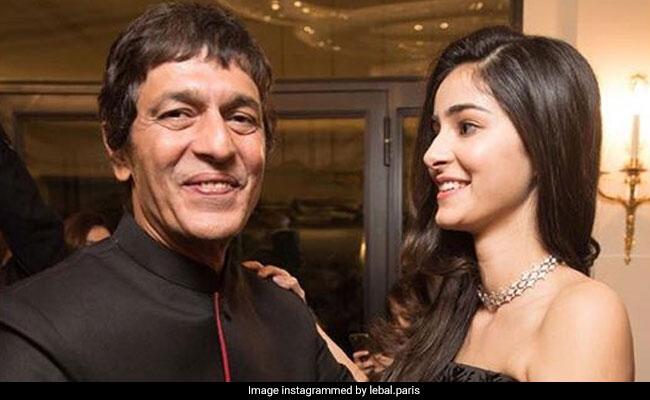 Actress Ananya Panday, who is making her Hindi film debut with Student Of The Year 2, says she wants to grow a thick skin like her actor-father Chunky Panday. Asked if she feels the pressure to sustain in the industry especially because she comes from a film family, Ananya told the media here: "I think I do, because my father has such good comic timing. So, that is something that I always hear, 'Did you inherit that comedy from your father?' My character in the film (SOTY 2) is also pretty funny and she gives these one-liners, so I think the pressure is there especially in the comedy department which I will try to hopefully live up to," Ananya added.

When asked what advice did her father give her before her Bollywood foray, the actress said: "He didn't give me any advice because he knows that his time was really different as compared to mine. So, he thinks that I cannot apply the things which he applied during his acting stint. But I think I have learnt a lot from his behaviour." Ananya further said: "He never changed because of his successes and failures, so I want to be like that. I also want to take jokes in my stride the way he does. He always cracks jokes on himself. I want to grow thick skin like him."

Ananya said her father's feedback has been the most important for her. "For me, my favourite response has to be that of my father's because that was the one that I was looking forward to the most because he hadn't seen anything of the film. After watching the trailer and songs, he is so excited and I think that's the most important feedback that I needed, and I got it so, I am feeling really happy."

Student Of The Year 2, directed by Punit Malhotra, is jointly produced by Karan Johar, Hiroo Yash Johar and Apoorva Mehta under the banner Dharma Productions. It will be distributed by Fox Star Studios. A sequel to the 2012 film Student Of The Year, it also features Tiger Shroff and newcomer Tara Sutaria.