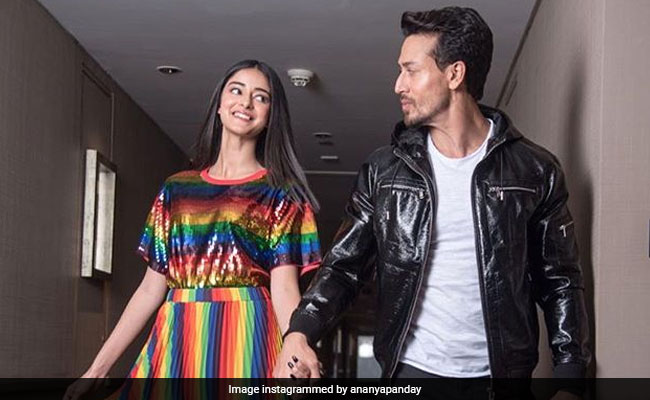 Tiger Shroff and Ananya Panday in Student Of The Year 2. (Image courtesy: Instagram)

Actress Ananya Panday is awaiting the release of her debut film Student Of The Year 2 in which she co-stars with Tiger Shroff, whom she first met shortly after the release of his debut film Heropanti in 2016 and that's when he gave her a 'scary advice' about becoming an actor, reported Mumbai Mirror. Ananya Panday said: "I met him when I was 16, his first film, Heropanti, had just released. Mom sent me across to ask him for advice. As I walked in, I saw him execute the perfect full split. He then went on to tell me that if I wanted to be an actress, I couldn't eat ice-cream anymore and I'd have to wake up at 4 am to train. It was scary."

Meanwhile, Ananya Panday, who scored her second film (Pati Patni Aur Woh remake) before the release of her debut film, said that coming from a Bollywood background is just "half the battle won." Speaking about opportunities for star kids versus outsiders, Ananya said: "If you're not talented, people won't invest in you. Period. But at the same time, I don't want to be silly and give up an opportunity like this because people are bashing me for being someone's daughter. If they don't I'll accept that, but at least watch the film."