Ananya Panday, Debuting With Student Of The Year 2, Says 'Bollywood Needs New Talent All The Time' 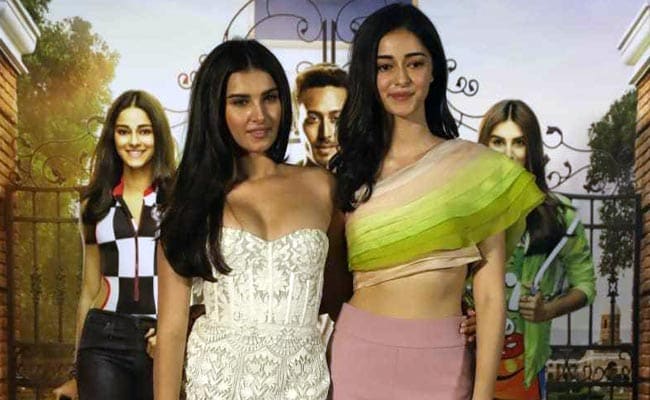 Ananya Panday with her Student Of The Year 2 co-star Tara Sutaria.

Ananya Panday, who is debuting with upcoming film Student Of The Year 2, said at the film's trailer launch event that the film industry always needs 'new talent,' reported news agency PTI. She's being launched in films along with former Disney India star Tara Sutaria. At the same event, Ananya also said that she "loves competition" and she thinks that "competition is fun." She told reporters: "I love competition and you can see that in the film. Competition is so much fun. It is very motivating having new people. The industry does need new talent all the time."

Tara Sutaria also echoed Ananya's statement and added: "I don't think competition is going to be unhealthy. It is going to be healthy. I am excited. I have seen couple of films and you will see our film."

Meanwhile, speaking about her first film, Ananya told reporters: "I can't imagine I'm here. This day feels like a dream. This is very surreal. I am grateful to Karan Johar (producer) and Punit Malhotra (director). I am just too excited." Ananya is the daughter of actor Chunky Panday and Bhavana Panday.

Student Of The Year 2 will open in cinemas on May 10.