Sonam wrote: "Even work feels like home with Dad & this amazing team!" 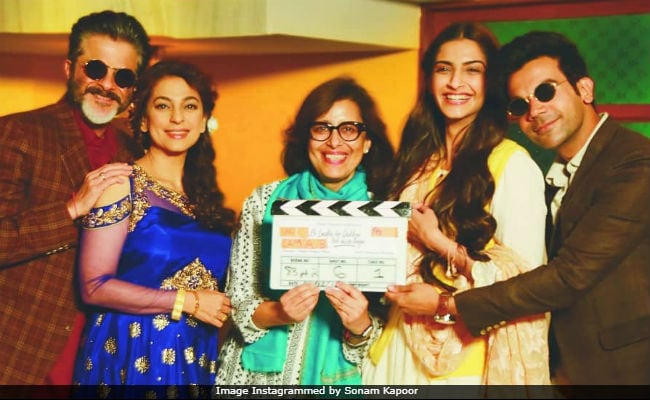 The title of the film, Ek Ladki Ko Dekha Toh Aisa Laga, is based on the hit song of the 90s film 1942: A Love Story, featuring Sonam's father Anil Kapoor and actress Manisha Koirala. 1942: A Love Story was directed and produced by Shelly Chopra Dhar's brother Vidhu Vinod Chopra.

Ms Dhar is also planning to recreate the magic of the original song in the upcoming film. Speaking about it, she told Mumbai Mirror: "Yes, we are recreating the original and we want to replicate its iconic status. It's hard to beat the original so I will be happy if we are at par with it. However, we'll have to wait and see who sings the new version and for whom in the film."

Sonam Kapoor will be next seen in Veere Di Wedding, co-starring Kareena Kapoor and Swara Bhasker. The movie is scheduled to release on June 1st.