Sonam Kapoor was teased by father Anil Kapoor, for initially refusing to work with him 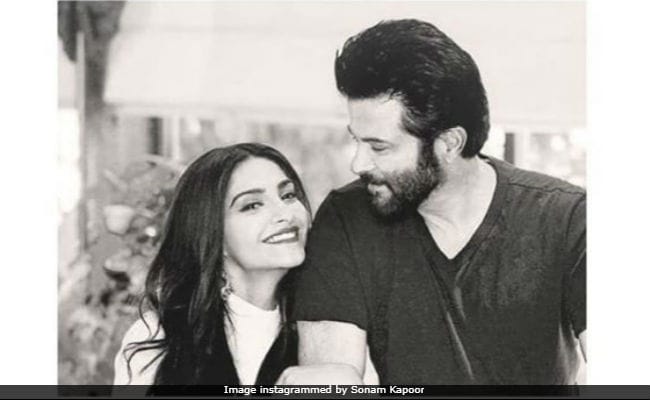 New Delhi: Sonam Kapoor and Anil Kapoor are all set to become co-stars of forthcoming film  Ek Ladki Ko Dekha Toh Aisa Laga. Sonam happily shared the news on Twitter and wrote, "Looking forward to being your on-screen daughter," tagging her dad Anil Kapoor. Soon, Mr Kapoor with a hilarious tweet, which read, "There was a time when you flatly refused to work with me & now look where we are! You must be looking forward, but I'm nervous as hell!" Sonam Kapoor's reacted with "Daaaaaad," adding a face palm emoticon. (Sonam's reaction to her dad's tweet is basically all of us).

There was a time when you flatly refused to work with me & now look where we are! You must be looking forward, but I'm nervous as hell! @sonamakapoor#ELKDTALhttps://t.co/XfvZ2Pd2GU

Sometime ago, during an interview to Hindustan Times, Anil Kapoor and Sonam Kapoor were asked about their plans to work together. Anil Kapoor was quite impromptu with his answer and said, "Sonam doesn't want to work with me (smiles)."

Anil Kapoor often tags his children and nephew Arjun Kapoor in his social media posts and they are just epic. Don't believe us? Check out yourself.

To this video, Sonam Kapoor reacted with a laughing emoticon.

A special look for a special party! Bringing the clean shaven look back after #DDD tonight for the #GQMensBestDressed event! @gqindia

Promoted
Listen to the latest songs, only on JioSaavn.com
Ek Ladki Ko Dekha Toh Aisa Laga will be directed by Shelly Chopra Dhar and is co-produced by Vidhu Vinod Chopra. The film also stars Rajkummar Rao and Juhi Chawla. The title of the film is inspired from Anil Kapoor's film 1942: A Love Story, also starring Manisha Koirala.

Sonam Kapoor is currently busy with PadMan promotions. The film is headlined by Akshay Kumar and also stars Radhika Apte. PadMan releases on February 9. Anil Kapoor has Fanne Khan with Aishwarya Rai Bachchan and Rajkummar Rao, Race 3 with Salman Khan and Total Dhamaal with Madhuri Dixit and Ajay Devgn in the pipeline.