Anil Kapoor Explains How His Kids Are Same Same But Different 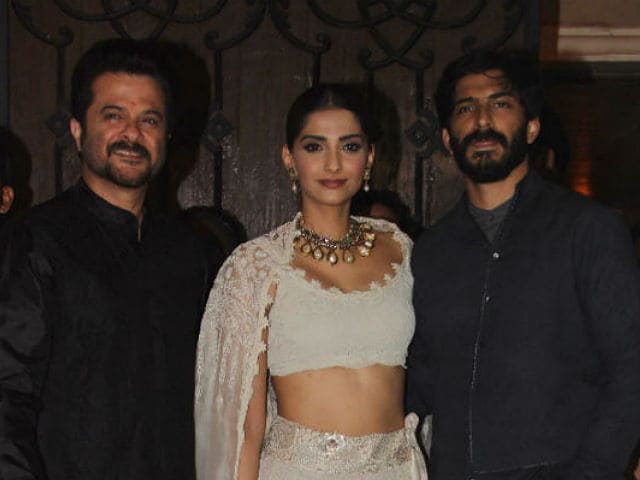 Anil Kapoor with Sonam and Harshvardhan in Mumbai.

New Delhi: The Kapoor children are on a roll in Bollywood. From Sonam Kapoor winning National Award for Neerja to Rhea Kapoor giving us major styling goals and Harshvardhan Kapoor, the budding actor in the industry. Proud father Anil Kapoor told IANS that he thinks they all have different personalities. "I am a parent of three children and at the end of the day, a father is a father. I am protective, but easy with everything." He also added that "Nature-wise all of them have something in common with me". But is he really 'jhakkas' when it comes to parenting?

Talking about Sonam, Anil Kapoor told IANS that at times he wonders - 'Is she really my daughter?' "I mean, look at her, she is a special child, she is beautiful not just appearance-wise, but her heart too. Her philanthropic work, her giving nature... she is a blessing... and here you caught the emotional father," the Mubarkan actor said, reported IANS.

Harshvardhan, Mr Kapoor said, has choices similar to him. "In the beginning of my career, I worked in films like Kahan Kahan Se Guzar Gaya, Pallavi Anu Pallavi and Mashaal. Those films were very artistic. I think Harsh is quite inclined towards art films." Harshavardhan Kapoor debuted in 2016's Mirzya, which failed at the box office. But the Rakeysh Omprakash Mehra-directed film was praised for its 'stunning visuals.' He is currently filming Vikramaditya Motwane's Bhavesh Joshi.

Of his younger daughter Rhea Kapoor, the proud father said: "Rhea is the perfect combination of me and my wife. She has got all the aesthetic sense, managing people and caring nature from her mother. And she has a very upfront attitude that even I have."

"The way she encourages new talents, treats her actors, takes creative liberty to support any idea or content, it's amazing," he added. Rhea is the producer of Aisha and Khoobsurat (both starring Sonam Kapoor). She's also producing Veere Di Wedding, also starring Sonam along with Kareena Kapoor Khan, Swara Bhaskar and Shikha Talsania.

Rhea, who is Sonam Kapoor's primary stylist (for international event s and otherwise) recently started a fashion label (Rheson) in collaboration with Sonam.

Promoted
Listen to the latest songs, only on JioSaavn.com
Anil Kapoor's next is Mubarakan, co-starring his nephew Arjun Kapoor and actors Ileana D'Cruz and Athiya Shetty. The film will release on July 28.