Shanaya Kapoor On Getting A Chance To Work With Karan Johar: 'I Would Get Emotional And Just Die'

"I think I would start crying if Karan ever directs me," said Shanaya Kapoor 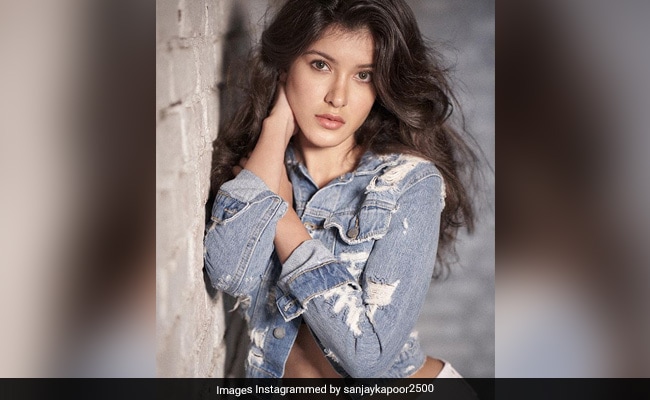 Shanaya Kapoor, daughter of actor Sanjay Kapoor and Maheep, just made her debut at le Bal in Paris and is now eagerly waiting to be launched in Bollywood as an actress. She says if the "most amazing director" Karan Johar will ever direct her, then she will get emotional and "just die." Karan Johar has brought in many fresh faces to Bollywood. Some of them include Alia Bhatt, Varun Dhawan and Shanaya's cousin Janhvi Kapoor. Asked if she would want Karan to launch her as an actress, Shanaya told news agency IANS with excitement: "I mean, yeah! I don't think any actor would say no. He is family. He is talented and the most amazing director. I think I would start crying if Karan ever directs me. I would get emotional and just die."

If not an acting project, the 20-year-old did get a chance to be an assistant director on the upcoming film Gunjan Saxena: The Kargil Girl, produced by Karan Johar.

"As soon as my school was done, my dad and mom were like go to Los Angeles or New York and do a course," she recalled. But she was focused on getting into the film industry. "The best education you get is by being on a film set. Karan has always been there," said Shanaya.

Before entering the film world as an actor, she wanted to be an assistant director and Karan helped her. "Karan told me 'there is this movie that Janhvi is doing," she said. Soon after that conversation with the director, she started going to office. "It was a big jump from school. It was the best experience of my life. After being an assistant director, I realised how much work goes into making a film," said Shanaya.

"I learnt so much about camera lenses, close-up shots, how you get into the character, how you shoot an angry scene, what are the things that actors do on set. All this just made me more confident of what I wanted to do," she added.

She is yet to sign her first film as an actress though. "I have not finalised anything yet. I don't want to rush into something. I think your first movie is like your baby, you are so protective. I am open to all kinds of scripts. I think the industry is changing so rapidly. The movies that you don't expect to do well, become blockbusters. It has become so content based," said Shanaya.

"I am looking and trying to find someone who is making a great film. There are so many directors. It will be an honour to work with them," said the youngster, who has taken belly dancing classes, among other things.

As of now, she is enjoying all the attention she is getting for her debut at the ball event le Bal. "I feel that a ball like this helps you grow as a woman. I am a young girl who is just about to start her career. It's a great start for me to get that exposure. I met people from so many different cultures," said Shanaya, who looked like a princess in a red gown by Lecoanet Hemant.

"One day I was watching 'Pretty Woman' and I saw Julia Roberts in a red gown. So I got the idea from there. I also saw the light jewellery on her (Julia). It was so stunning," she said. Then she met Indian diamantaire Harakh Mehta, who picked a stunning pair of dangling diamond earrings, diamond cuff bangle and ring from his Raindrop Collection. "I was surprised to see that I would be even wearing jewellery like that. The jewellery was so delicate and pretty. I wanted to keep my look very 'princessy', simple, chic and about me," said Shanaya.

Her close friend and actress Ananya Panday had also made her debut at the ball event before her. "She is like a sister to me. I asked her a lot of questions like 'how do you do this, what happens at the rehearsal, will I have trouble making friends?' She was like super chill about it. She said 'I was the same, freaking out, so just be yourself and have fun'," said Shanaya.

Will their other friend, Suhana - daughter of superstar Shah Rukh Khan - follow suit? "I think Suhana is in a different zone right now... the college zone. She is doing so well in New York. She is meeting so many people from different cultures. Ananya and I are focussing on our careers more," she said.