Shanaya Kapoor, daughter of Sanjay and Maheep Kapoor, is all set for her debut at the Paris Ball. 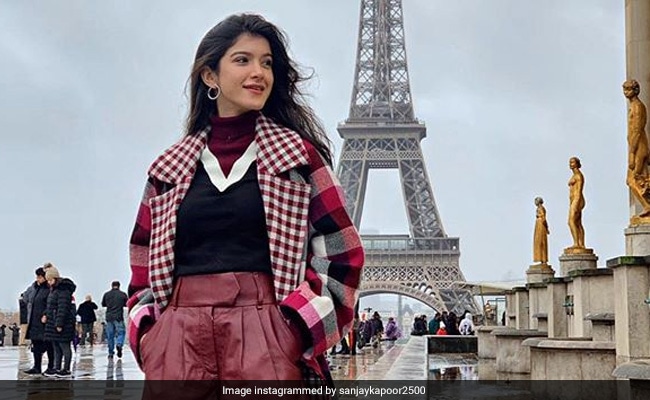 Shanaya Kapoor, who is all set for her grand debut at the Bal des debutantes in Paris, checked into the French capital on Tuesday and is clearly having a blast! Shanaya flew into Paris with her parents Sanjay and Maheep Kapoor, who are sharing glimpses of their Parisian diaries on Instagram. Shanaya, who hasn't officially stepped into Bollywood yet, has a private Instagram profile. Shanaya may be in Paris for the Le Bal but Paris means touristy things first and looks like #No 1 on her list was a visit to the Eiffel Tower. Late night on Wednesday, Sanjay Kapoor shared adorable photos of Shanaya and himself posing with the Eiffel Tower. "My debutante," Sanjay Kapoor captioned the photo. Le Bal or the Paris Ball, which is a high profile fashion event held annually, where 20-odd young women from prominent families around the world, escorted by chosen cavaliers, make their social debuts in couture ensembles. Shanaya will represent India at the fashion gala this year.

It appears that Shanaya has already picked up Paris' fashion vibe as she painted the town red in leather shorts and black sweater paired with a chequered coat. "Well dressed father and daughter today," Shanaya's cousin Harshvardhan commented on the photo.

Earlier this week, Sanjay Kapoor announced Shanaya's Paris Ball debut with this post. Sanjay Kapoor will have the first dance with Shanaya before she's whisked away by her cavalier. The dates for this year's Le Bal are November 28 to November 30.

Meanwhile, Shanaya's best friend Ananya Panday gave her a major shout-out in an Instagram story, writing: "My baby Shanaya is going to Le Bal. I love you. You are going to be awesome!" 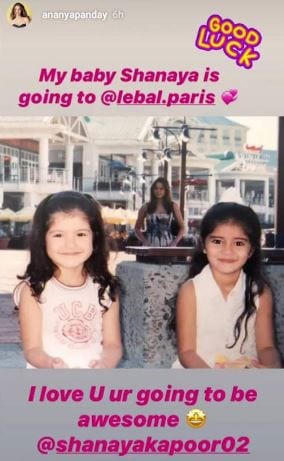 In the comments thread on Sanjay Kapoor's post, congratulations began pouring in for Shanaya Kapoor with her sister Janhvi Kapoor being the loudest cheerleader for her. In 2017, Ananya Panday attended the debutante's ball with father Chunky Panday.

Shanaya Kapoor began her association with Bollywood not as an actor but as an assistant director for the upcoming biopic on IAF pilot Gunjan Saxena The Kargil Girl, which stars Shanaya's cousin Janhvi Kapoor in the lead role.